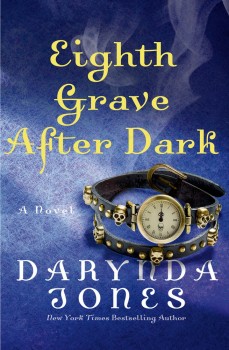 Charley Davidson has enough going on without having to worry about twelve hellhounds hot on her trail. She is, after all, incredibly pregnant and feeling like she could pop at any moment. But, just her luck, twelve deadly beasts from hell have chosen this time to escape onto our plane, and they’ve made Charley their target. And so she takes refuge at the only place she thinks they can’t get to her: the grounds of an abandoned convent. Of course, if hellhounds aren’t enough, Charley also has a new case to hold her attention: the decades-old murder of a newly-vowed nun she keeps seeing in the shadows of the convent.

Add to that the still unsolved murder of her father, the strange behavior of her husband, and Charley’s tendency to attract the, shall we say, undead, and she has her hands full…but also tied.

“Sexy, sassy…Jones’s characters, both living and dead, are colorful and endearing.”
~The Associated Press on First Grave on the Right

“Jones perfectly balances humor and suspense…will leave readers eager for her next installment.”
~Publishers Weekly (starred review) on Second Grave on the Left 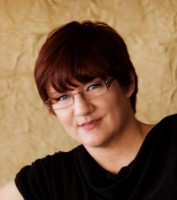 To learn more about Darynda, please visit her website.