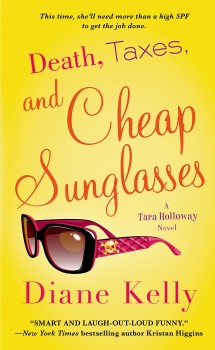 I first got the idea for my IRS Special Agent Tara Holloway series while sitting in a three-day tax seminar. At the time, I worked as a tax advisor, but was also an aspiring novelist. After listening to speakers drone on for hours about the minutiae of partnership tax rules, I was ready to climb under the table and take a nap.

But then a criminal defense attorney took the podium—and he proceeded to blow my mind.

The attorney represented defendants who were accused of financial crimes. He explained how difficult it can be to defend such people, because the Internal Revenue Service has a group of people in its Criminal Investigations Division who are not only business savvy, but are trained in law enforcement as well.

Instantly I was intrigued. Most “numbers” people I know are rule followers, not risk takers. Who were these special agents who could handle a gun as well as a calculator? I had to find out.

I contacted the IRS and later had the pleasure of interviewing a group of these agents. I can’t begin to tell you how impressed I was. Each of them was incredibly smart, personable, and in good physical shape. All were clearly dedicated to their jobs too, sacrificing their personal lives to spend weeks or months away from home in training.

They’ve got a hard job to do. Financial crimes can be extremely complicated and complex, and putting together a case that a jury can understand can be a challenge. Fraud is often disguised as a white knight riding in to purportedly help struggling homeowners keep their houses or to offer investments with “guaranteed” above-market returns. By the time victims realize they’ve been taken, the perpetrators have disappeared with their life savings.

The internet age has given white-collar criminals not only a new way to find victims, but the ability to hide from law enforcement too. International criminal transactions can be especially difficult to put an end to and prosecute, as they require the cooperation of law enforcement in multiple countries, some of which are not as developed and lack the resources to pursue white-collar criminals within its borders. Other jurisdictions tend to turn a blind eye, especially if its own people have not been the primary targets.

We often fear the knife-wielding mugger on the street, but the more common threat to us is the white-collar criminal who can rob us blind before we realize it. While few of us have been mugged, vast numbers of us have had our credit or debit card numbers stolen, myself included. According to the FBI, white-collar crimes cost Americans around $300 billion annually. In 2012, the United States population was 313.9 million. Doing the math, that means financial crimes cost each person in the US $955.72 each year. Unfortunately, many other countries have similar statistics. Just think how many great thriller novels you could buy with that money!

A big thanks to those special agents at the IRS who are working to put white-collar criminals out of business. To the rest of you, happy reading and keep your credit cards close to your vest. 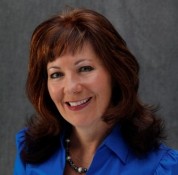