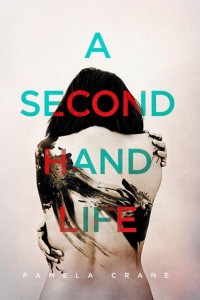 In a freak collision when she was twelve, Mia Germaine faced death and the loss of her father. A heart transplant from a young murder victim saved her life, but not without a price. Twenty years later, chilling nightmares about an unresolved homicide begin to plague Mia. Compelled by these lost memories, she forms a complicated connection to the victim—the girl killed the night of Mia’s accident—due to a scientific phenomenon called “organ memory.”

Now suffocating beneath the weight of avenging a dead girl and catching a serial killer on the loose dubbed the “Triangle Terror,” Mia must dodge her own demons while unimaginable truths torment her—along with a killer set on making her his next victim.

As Mia tries to determine if her dreams are clues or disturbing phantasms, uninvited specters lead her further into danger’s path, costing her the one person who can save her from herself. More than a page-turning thriller, “A Secondhand Life” weaves a tale of second chances and reclaimed dreams as this taut, refreshing tale ensnares and penetrates you.

A SECONDHAND LIFE is available from Amazon, Barnes & Noble and iTunes.

Pamela Crane is a North Carolinian writer of the best-selling psychological thriller “The Admirer’s Secret,” “A Fatal Affair,” and “A Secondhand Life.” Along with being a wife and mom of three rug rats, she is a wannabe psychologist, though most people just think she needs to see one.

She’s a member of the ITW, ACFW, and EFA, and has been involved in the ECPA, Christy Awards, and Romance Writers of America. Along with delving into people’s minds—or being the subject of their research—she enjoys being a literary reviewer and riding her proud Arabian horse, when he lets her. She has a passion for adventure, and her hopes are to keep earning enough from her writing to travel the world in search of more good story material.

Visit her online at www.pamelacrane.com.