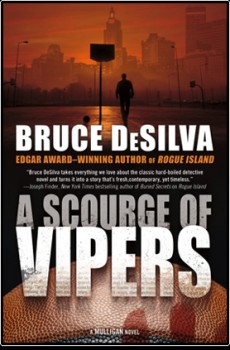 Before I wrote my first novel, I was a print journalist for four decades, spending many of those years editing investigative stories that won every journalism prize including the Pulitzer. It’s not surprising, then, that the fiction writers I most admire are the ones who use the popular form of the crime novel as a platform to talk to mass audiences about serious social issues—novelists such as George Pelecanos, Laura Lippman, James Lee Burke, and Richard Price.

The last major story I edited before I fled journalism exposed the plight of child workers, some of them as young as five years old, laboring in the gold mines of West Africa. The story traced the gold as it moved through a series of middle men to Swiss smelters and banks, and then on to some of the world’s most prestigious producers of luxury goods. The author, Rukmini Callimachi, was a Pulitzer finalist for that one. I have nothing but admiration for the journalists who continue do such work. But over the last couple of decades, the decline of print journalism has made it increasingly difficult for them to do so.

Most newspapers are circling the drain. A handful of big ones, including The New York Times and The Washington Post, still do a solid job of reporting important national and international news, but even they aren’t as aggressive and comprehensive as they once were. Meanwhile, TV broadcast news organizations, never all that good to begin with, have slashed their reporting staffs. Cable news has deteriorated into a platform for partisan propaganda, shouting talking heads, and celebrity trivia. And, few online news websites do much in-depth reporting, culling much of their news from declining newspapers.

I can’t begin to describe what a disaster this has been for the American democracy. Reporting is expensive—investigative reporting is even more so. So far, no one outside of the declining newspaper industry has demonstrated the willingness or resources to replace newspapers as honest brokers of important news and information. That’s why I turned to crime fiction—as a way to reach readers with stories that should be told.

I didn’t leave journalism. It left me.

A SCOURGE OF VIPERS is the fourth novel in my series featuring Liam Mulligan, an investigative reporter for the fictional Providence Dispatch in the little city of Providence, R.I. I made my protagonist a journalist, instead of a policeman or a private eye, because I wanted to write a series of books that would chronicle the decline of the newspaper industry. Each of them works as a suspenseful crime story, but it is my hope that as readers watch the care and skill with which Mulligan works, they will gain a greater appreciate for what is being lost as the business Mulligan and I both love fades into history.

In addition, each novel addresses a separate issue that should concern all of us. For example, Cliff Walk, the second book in the series, is at once a hardboiled murder mystery and an exploration of sex and religion in an era of ubiquitous pornography and sex-for-hire internet sites.

A SCOURGE OF VIPERS addresses two themes: the hypocrisy surrounding legal and illegal sports betting, and the corrupting influence of big money on politics.

The novel was inspired by New Jersey Governor Chris Christie’s effort to legalize sports gambling in the state where I live so that he can tax the revenue. What would happen, I asked myself, if the same issue arose in Rhode Island, a state where the average candidate for the state legislature spends no more than ten thousand dollars on his election campaign? I set my characters in motion to find out.

The action begins when the state’s fictional governor, a former Little Sisters of the Poor cenobite nicknamed Attila the Nun, proposes to legalize sport betting in order to solve the state’s budget crisis. Her proposal unleashes a series of unanticipated consequences. Pro sports leagues, casino operators, and mobsters, some of whom favor legalization and others of whom oppose it, flood the state with millions of dollars to buy the votes of state legislators.

When a powerful state legislator turns up dead, a mobbed-up bagman is shot down, and his briefcase full of cash goes missing, Mulligan wants to investigate, but the corporate vultures who own The Dispatch have no interest in serious reporting. So Mulligan goes rogue, digging into the story on his own.

Shadowy figures who want the truth to remain hidden promptly seek to derail his investigation by trying to destroy his reputation, his career, and finally, his life.

Crime fiction is a great way to entertain readers and reach them with stories that matter at the same time. I plan to keep writing them, and I am confident that many of my colleagues will too. 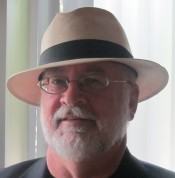 Bruce DeSilva grew up in a parochial little Massachusetts mill town where metaphors, assonance, and irony were in short supply. Nevertheless, his crime fiction has won the Edgar and Macavity Awards; has been listed as a finalist for the Shamus, Anthony, and Barry Awards; and has been published in ten foreign languages. His short stories have appeared in Akashic Press’s award-winning noir anthologies. He has reviewed books for The New York Times Sunday Book Review and Publishers Weekly, and his reviews for The Associated Press appear in hundreds of newspapers and websites. Previously, he was a journalist for forty years, editing stories that won nearly every major journalism prize. He and his wife, the poet Patricia Smith, live in New Jersey with two enormous dogs named Brady and Rondo.

To learn more about Bruce, please visit his website.