From Fleming to Clancy and Beyond:

Why We Love the Political Thriller 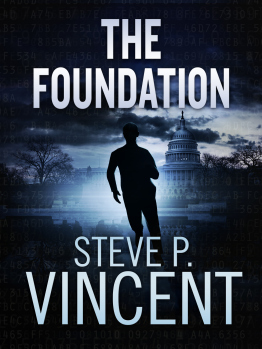 We love a political thriller.

We love goodies and baddies, edge-of-your-seat suspense, epic stakes and politics far sexier than your average strongly-worded UN Security Council Resolution. But what’s remarkable is how robust the genre has proven to be in film and fiction; its evolution from James Bond through the Cold War to now. The political thriller remains a staple of pop culture storytelling.

Things were easy right up until the fall of the Berlin Wall: Western (usually American) hero battles maniacal USSR villain with earth-scorching consequences if he loses. Yet after spinning its wheels through the mid-90s with nobody to worry about, the genre found the road again, with the rise of Islamic terrorism and China as popular fears in Western storytelling. In doing so, the genre has shown itself to be the lens that reveals the collective fear of the time.

Ian Fleming and Tom Clancy, among others, toiled easily in the fertile soil of the Cold War, but both authors also showed a remarkable knack for predicting the next “other” that we’d fear. In Clancy’s case, some even considered his 1994 thriller Debt of Honor to be the blueprint for 9/11(extremists flying planes into buildings). In their work, political thriller authors give the audience what they want, but they also need to cast ahead for what the audience should worry about.

For the audience, the appeal is clear:

The hero. The villain. From James Bond to Jack Ryan to Jack Bauer to Carrie Mathison, the genre specializes in creating heroes who are fairly easy to cheer for. Combine that with shallow and entirely throwaway villains and an army of fanatics/terrorists/rebels/sycophants for all the black and white needed to pass a few hours in entertainment.

Political sex appeal. Just like with its characters, the genre allows for the suspension of political nuance, meaning no deadlocked Congress or frustratingly incoherent foreign policy for you, good sir! If the answer isn’t at the end of a sharp tongue, cold metal, or a hot explosion, then you’re just not trying hard enough.

Giant, earth shattering situations. Nothing says political thriller like a high stakes situation with earth-shattering consequences, usually if said goodie fails to foil (and sometimes kill) said baddie. The world is on the line with such irregularity, but not because of wimpy things like climate change. We’re talking nukes, and war, and genocide.

The world we live in usually doesn’t work like this. There’s a grey involved in most conflict and the personalities involved, politics works best when there is compromise, and elaborate conspiracies and “wow, no frickin’ way” twists are usually sniffed out and the potential perps jailed before they become real. But rationalizing is hard and iterative policymaking is boring, so we escape to fiction.

Of course, there is one area where real life sometimes trumps those whose job it is to think up plot fodder for hungry audiences. It’s the same area that makes international relations experts and political scientists all sweaty when their models and graduate degrees prove to be all that much paper—when something so heavily tips the world on its head that it changes everything.

The fall of the Berlin Wall. 9/11. The Arab Spring. All happened without any warning and shifted the world dramatically. In the 90s we were debating the Clash of Civilisations versus The End of History, then 9/11 happened. The latest example of this that may prove significant is the rise of ISIS. The Arab Spring turning bloody might not be a surprise, but the extent of their barbarity would be met with howls of “no way!” if it originated in fiction because it is so extreme.

So maybe, more than anything, that is why the political thriller has stuck around and people still flock to these stories. In many ways, even though they’re more dramatic than the real world, they’re easier to understand and it’s far easier to pick a side. 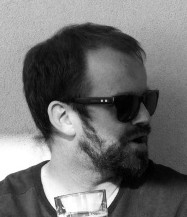 Steve P. Vincent lives with his wife in a pokey apartment in Melbourne, Australia, where he’s forced to write on the couch in front of an obnoxiously large television. When he’s not writing, Steve keeps food and flat whites on the table working for the man. He enjoys beer, whisky, sports and dreaming up ever more elaborate conspiracy theories to write about. He has a Bachelor of Arts (Hons) in Political Science and History. His honours thesis was on the topic of global terrorism. He has travelled extensively through Europe, the United States and Asia.