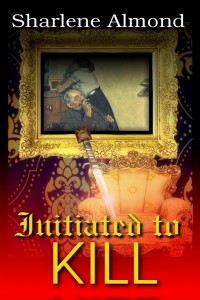 Two men from different generations, both initiated into a powerful organisation that throughout history has sought control and uses their power for destruction. They leave behind a wake of murder, manipulation and ancient secrets.

The first man wreaks havoc in and around the Whitechapel district of London, England in the 19th century. While the other stalks his victims in the cosmopolitan city of Seville, Spain in the 21st century; knowing that only he could uncover the true motives of one of the world’s most infamous serial killers – Jack the Ripper.

Annabella Cordova quickly becomes embroiled in the conspiracy involving the university she studies at. When her roommate goes missing, it becomes very personal. Her past gradually unveils, as she is closer to this than she could have possibly imagined.

A childhood accident causing permanent deafness enables Annabella to use her other senses to read facial and body language; detecting lies in people, including suspects.

Andres Valero, the troubled detective, returns from forced leave, only to be faced with horrific crimes that brings his memories to the surface.

With Annabella and Andres combined, they must stop this person at any cost, and reveal a conspiracy hidden for centuries.

I live in New Zealand where I write my historical/thriller novels. My interests lie within the conspiracy theories and myths that shroud history to this day. All of my novels are based on something enigmatic happening in history that effects the present day, as well as taking the reader on a journey across the exotic landscapes of Europe, to the ancient wonders of the world in Egypt and beyond. Mysteries and conspiracies that will continually intrigue us.