How Hollywood Gets It Wrong

In Elizabethan times, an ordinance was passed preventing men from wearing swords to the theater. Apparently, in an age where dueling was commonplace, the crowd could become overly enthusiastic and join the cast on stage during a fight scene. Because much of the audience knew how to fight, choreography was vitally important to the success of the production. If the fight scene was not convincing, the actors could be mocked or booed off the stage.

Today, action scenes are ubiquitous in movies and television, yet relatively few people are versed in violence and/or the operation of modern weapons. This allows directors and producers a lot of latitude when it comes to action scenes. Mistakes and errors are usually glossed over by the rapid pace of the show—it doesn’t have to be perfect, it just has to look good. For this reason, misinformation about firearms or tactics are often passed on from visual media to the literary world.

In the following sections, we’ll explore how and why some of these errors are created, how writers can recognize—and avoid—them.

One of my favorite cinematic errors—and by “favorite” I mean something that makes my skin crawl—is the sound of a gun cocking when a character points a pistol at something. Not all guns need to be cocked before firing. Yet, in many scenes you will hear the weapon being cocked when it is pointed at a target.

The Foley artist adds these sound effects during post-production, since not all ambient noise are captured properly during filming. Sound cues are added to the action with the proper volume and reverberation in order to incite an emotional response from the viewer. The sound of a gun being cocked generates the expectation in the audience that the weapon is ready to be fired, regardless of how the weapon actually functions.

Another common Foley error is the “multiple clicks on empty” error. Some guns, even when empty, will “click” each time the trigger is pulled. These guns have double-action triggers, which means that pulling the trigger both cocks and releases the hammer. Conversely, single-action and striker fired pistols can’t do this, they will “click” on empty only once. Now, with regards to semi-automatic pistols only, when the gun is fired until empty, the slide will lock to the rear. When this happens, no matter what type of semi-automatic pistol it is, there will be no “click” when the trigger is pulled. The props used in filming may or may not be fully functional replicas, so who knows what the actor is dealing with. A flawed scene proceeds like this:

The gun is empty, the slide is forward.

The actor looks at the gun, points again at the target.

The Foley sees this on the screen and matches a “click” or multiple “clicks” to the action because there MUST be a sound here.

The big takeaway is this: don’t trust the sound effects from a movie or TV show. They are added during post-production in order to provide an auditory cue and are not necessarily based on true weapon function.

No list of movie tropes would be complete without this favorite. Nothing is more dramatic than the “clack clack” of a pistol slide being racked. Shotguns. Even better. It’s the universal sound that says, “Here comes the pain.” But if your gun was loaded, then you just ejected an unfired round. Actors regularly work with empty weapons, so repeated slide racking doesn’t eject anything. So if nothing is ejected then that means the gun wasn’t loaded when they entered the confrontation. Who does that? Walks into a gunfight with an unloaded weapon?

It looks fantastic when a sexy star like Angelina Jolie or Antonio Banderas goes into action with a gun in each hand. And on the surface it kind of makes sense—double the firepower and all that. So, just for kicks, I gave it a try as a bad guy role player during SWAT training. I found myself using one gun at a time, because you can’t aim both pistols simultaneously. Another problem I had was reloading. It turns out that you can’t insert a magazine into an empty gun with a gun in your other hand. Using two pistols looks good, but it’s impractical in a real engagement.

Unless your cover’s made out of steel, it’s probably not going to stop a bullet. Actors have safely hidden behind all manner of objects: overturned tables, sofas, garbage cans, et cetera, none of which would hold up against pistol fire, let alone high-caliber rifles. For the most part, that thin aluminum desk is not going to be very good at stopping rounds. Those bullets are going to zip on through and puncture all your favorite body parts.

In all fairness, a lot depends on the angle of the bullet as it strikes a flat surface. The more parallel the trajectory of the bullet to the flat plane it strikes, the more likely a ricochet. Think about skipping rocks off a pond and you get the idea. What about garbage cans? If it contains normal trash, probably not. And car doors? A lot depends on the internal structure of the door. So, yes and no here.

Here’s the big clue. If you see sparks fly off the desk or garbage can, it’s probably movie magic. Most household items aren’t made of the heavy steel that would produce that effect.

Much has been made of “stopping power” when referring to caliber, bullet weight, or type of bullet (such as hollow points). In actuality, stopping power refers to the amount of damage done to a person that will make them “stop” what they are doing. Even though a bullet can deliver a massive amount of energy to a target, it doesn’t mean it can move that target. Bullets enter, and in many cases pass through the body—the classic movie trope of a bad guy flying backward after being shot by a high-caliber weapon does not happen in real life. The average 9-mm round weighs in at a hefty quarter of an ounce. Stacked up against a 150-pound human, human mass wins. Even the venerable .00 buckshot round or 12-gauge shotgun slug will not throw back a shooting victim. When describing the effects of bullet strikes, stick to wound effects and internal ballistics. Let Hollywood have victim acrobatics.

Please stop doing this, I’m begging you. Ok, whining over. There are two issues here. First and most important, no trained professional shoots while diving through the air. It’s hard enough to hit a target under duress. Now add movement under stress, hitting a target can be difficult. Hitting a stationary target while you are moving is also difficult. And we’re only talking about lateral changes. If you add motion in all three dimensions, hitting the target becomes very unlikely. Then, of course, there’s the landing—nothing could go wrong here. A belly flop onto the floor without both arms to break your fall. Try it.

Second issue. Diving or rolling into a room or through a door. Nope. Never done in real life. Sure it’s quick and low, but you tend to lose situational awareness when you do a somersault. Better to come into a room actively observing the environment. You can make assessments and decisions, change direction, and accurately engage targets. When you dive into a room the only thing you are really concentrating on is where you are going to land.

It’s easy to recognize the cartoonish violence of a movie like “The Matrix” and view the way the actors manipulate the weapons with a skeptical eye. The errors that slip into gritty movies, that try to portray reality, are the ones that slip into the literary world. To avoid these errors, try to handle the weapons in your story or find an expert to proof your action scenes. Don’t believe everything you see on the screen. It is, after all, movie magic. 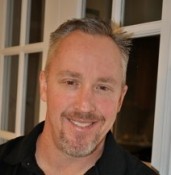 The November 2014 Edition of The Big Thrill