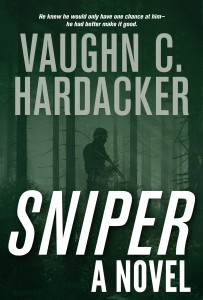 When a lethal sniper kills four people on Boston Common, local homicide detective Mike Houston and his partner Anne Bouchard are sent to investigate the case. Amidst the blood and terror, detective Houston discovers similarities—the killer’s positioning, his choice of victims, and his apparent code of “ethics”—between the crime scene and his own training as a US Marine scout/sniper. And with the staging of the scene set for prime shock value, Houston has to wonder what it is this murderer intends to accomplish.

The connection is later confirmed in the worst possible way when the sniper strikes again, this time killing Houston’s ex-wife, severing what’s left of the bond between Houston and his estranged daughter, Susie. It’s time to settle scores, and as the death toll rises, Houston and Bouchard will stop at nothing to find the merciless killer who’s making a mockery of their department.

In a final gesture of cat and mouse depravity, the killer kidnaps Susie, luring Houston to an island on a remote lake in Maine for a sniper face-off.

“Readers should be prepared for torture scenes….and a passionate rejection of rule of law in favor of more emotionally satisfying violent confrontation.”
—PUBLISHERS WEEKLY

“From its initial horrific crime to its hold-your-breath climax, Sniper is a full-throttle thriller. Hardacker has written a page-turner that feels authentic both technically and in its very human cast of characters. Fans of Stephen Hunter’s Bob Lee Swagger won’t want to miss this outstanding debut!”
—Steve Ulfelder, Edgar-nominated author of SHOTGUN LULLABY 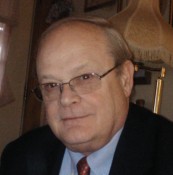 Vaughn C. Hardacker is a veteran of the United States Marines; he served in Vietnam. He holds degrees from Northern Maine Community College, the University of Maine, and Southern New Hampshire University. He is a member of the International Thriller Writers and the New England Chapter of the Mystery Writers of America, and his short stories have been published in several anthologies. The second novel in the series (THE FISHERMAN) is under contract for a 2015 release. He lives in Stockholm, Maine.