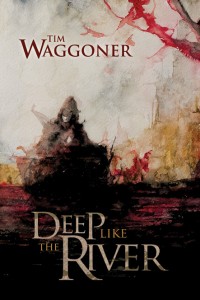 It was supposed to be fun. A chance to get away. An opportunity for two sisters to bond and for one sister to heal. It was a small river, calm, slow-moving. Perfect for a leisurely canoe trip on a beautiful summer day.

But then they hear a baby crying on the shore, abandoned and overheated. Alie and Carin have to take her with them. They can’t just leave her there.

A simple canoe trip becomes a rescue mission. But there’s something on the shore, hidden by the trees. Something that’s following them every step of the way – watching, waiting . . .

Around every bend, the river becomes stranger, darker, more dangerous, until Alie isn’t sure what’s real and what isn’t. The river wants the child for itself, but no matter what it throws at her, Alie’s determined to get the baby to safety. She’s already lost one child. But she’ll have to fight the darkness that haunts the river – as well as the darkness within herself – if she doesn’t want to lose another.

“A descent into the madness of a ruined psyche, DEEP LIKE THE RIVER puts Waggoner’s talent for the eerie, desolate, and unpredictable in the spotlight. A must-read for those who like their horror tinged with desperation and guilt.”
~Ronald Malfi, author of CRADLE LAKE

“I don’t know if I’ve ever read a story quite like Tim Waggoner’s DEEP LIKE THE RIVER. With its high emotional and metaphysical content and weird, surrealistic imagery, it reads a bit like Algernon Blackwood’s “The Willows” with Kafka collaborating and Carl Jung offering occasional advice. Or maybe it’s an adventure story that’s taken a sudden turn into The Twilight Zone. However you characterize Waggoner’s approach, the result is a fine piece of writing exploring the mysteries of a mind struggling with the guilt, pain, and terror of grief.” — Steve Rasnic Tem, author of BLOOD KIN 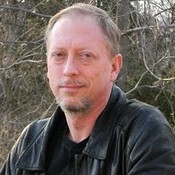