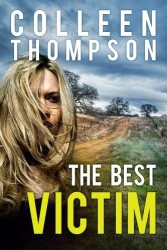 Colleen Thompson is a busy woman. As Gwyneth Atlee and Colleen Easton, she has written historical novels. These are commonly referred to as steamy romances and you may wonder why we are discussing them in THE BIG THRILL.

It’s because Colleen also writes in the “Romantic Suspense” arena. And her latest novel, THE BEST VICTIM, is a damn good story and has every right to be called a thriller. Yes, relationships play a large part in the story, but don’t they in real life as well? Her characters are believable, likable, or unlikable when they are the bad guys, and easy to cozy up with.

This story was originally released as a serial and the chapters tend to end in a place that will have you anxiously waiting on the next installment. No such worries in this edition as the whole novel is now available. The book skips along at a good rate. The main characters’ interactions are interesting as feelings grow and deepen in line with the mystery.

So what’s it about, you ask? Brent Durant is an FBI agent desperate to stop a killer. But it’s unclear if a killing has taken place. Disgraced from his position Brent is driven to kidnap Lauren Miller, sister of the recently dead Rachel. But Rachel committed suicide—didn’t she? At least that’s what the police think.

Brent’s plan to use Lauren to tease out the killer doesn’t quite go as planned. Lauren may be a recluse but she is far from a victim and she and Brent must work together if they are to have any hope of surviving, let alone revealing the elusive killer.

Colleen took time out of her busy schedule to answer a few questions on her latest work.

I generally begin with a basic premise and some “discovery pages”—often the first three chapters—where I get to know my protagonists and setting. After playing around with these for a while, I write a fairly detailed synopsis to plot out the story and pass along to my agent as a sales tool. I often deviate from the initial plan, surprising myself with a new and better (or at least more organic) ending.

There are a lot of chapters that end in cliff-hangers. Is this your natural style or something that releasing the book as a serial has brought about?

I tend to include quite a few “cliffhangers” naturally, but THE BEST VICTIM’s original serial format forced me to consciously think about the book’s shape and plan for each installment to end on a strong hook. With very tight deadlines and no way to go back and make changes, since the book’s early chapters were published before I’d completed the manuscript, I did far more work on the plotting up front, planning in detail how to break the storyline into episodes that would build to an emotionally resonant conclusion. It was a real challenge, to be sure, but all that emphasis on plotting left me a lot of freedom to delve deeper into characters during the writing.

Do you like the term ‘Romantic Suspense’? Should we not just call it a thriller?

My books are read by male and female readers of mystery, suspense, romance, and thrillers. I don’t think readers are as hung up on the marketing labels as folks in the industry are, so I try to worry about the story and characters first and foremost, always working toward the emotionally hopeful, satisfying endings I love most. Because really, who wants to close the book and go to bed depressed?

Did you find moving into the thriller genre a natural development from your other work or is it more a total break to re set the brain?

I originally began writing in the fantasy and historical romance genres, but my books always contained a very strong thriller element to them and my reading skewed toward mystery, suspense, thriller, and romantic thriller. Because of this, moving toward writing thrillers was a very natural transition for me, and because each of my books contains a strong mystery element, I found the challenge of laying down clues and misdirecting reader attention absolutely addictive. It never gets easier—and I never get tired of it.

What are your views on the eBook phenomena—is it a help or a hindrance?

As both a reader and a writer, I’ve appreciated the rise of the eBook. It’s a market that gives me instant access and far broader choice. Writers can take more chances and older books get second chances. I know that my own romantic thriller backlist has found an entirely new, much wider readership once the books were moved from the romance section of brick-and-mortar bookstores, where each novel is given only a very short window of time to sell, to online bookstores, where people are finding them up to ten years after their initial publication.

THE BEST VICTIM was my personal response to “tragi-tainment” and the culture of trolling—anonymous online teardowns that can so quickly escalate into pack-like savagery. In the story, a disgraced FBI agent and the antisocial hacker sister of one victim join forces to hunt one “king troll” who’ll stop at nothing to drive young women to take their lives.

I make time to read as often as possible. I thoroughly enjoy a variety of authors, including Gillian Flynn, Chevy Stevens, Michael Connelly, Chelsea Cain, and Alexander McCall Smith.

I’m currently wrapping up a Harlequin Romantic Suspense, and then I want to devote time to working on another story related to the characters introduced in THE BEST VICTIM. Like TBV, this one will explore the darker side of technology and how it impacts our lives.

THE BEST VICTIM comes out on April 22nd and is well worth adding to your “must read” list. I particularly like Colleen’s storytelling. Sometimes this gets lost in novels where each chapter can become a chore to finish with too much detail. The chapters are short, the action well-choreographed, the romance, well I’ll let you find out. This is a great story about a particularly nasty modern phenomenon. One thing I can guarantee is that you will not go to bed depressed. 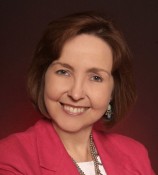 Colleen Thompson is the RITA-nominated author of FATAL ERROR, TRIPLE EXPOSURE, and many other romantic suspense novels available from Montlake Romance and Harlequin Romantic Suspense. A former teacher and lifetime lover of animals, Colleen sets most of her stories in the eeriest corners of her adopted state of Texas.