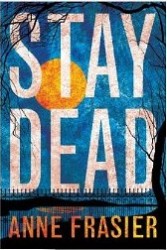 Some things refuse to STAY DEAD

After being kidnapped and tortured, homicide detective Elise Sandburg retreats to her aunt’s Georgia plantation to recover from her ordeal only to find herself pulled back into the darkness she thought she’d left behind.

That’s the haunting premise behind STAY DEAD, the latest Anne Frasier suspense novel, and the sequel to the successful, PLAY DEAD, featuring Sandburg and her partner, David Gould.

The two detectives are reunited in STAY DEAD, but Frasier says this is definitely “Elise’s book.”

“Elise, the mother of a teenage daughter, finds herself questioning the choices she’s made in her life, especially the choice to become a homicide detective,” she says. “We also see growth in the David and Elise relationship.”

But will the duo finally connect?

“I won’t give anything away,” Frasier says. “But there’s definitely more tension between the two characters.”

The hint of a possible relationship isn’t surprising for an author who has dabbled in several genres. While she’s drawn to the suspense and dread of the modern thriller, she admits she’s written just about everything—and her writing resume is proof.

In addition to these novels, Frasier has published twenty-four individual books many written under her real name, Theresa Weir. Her memoir, THE ORCHARD, was an Oprah Magazine pick and was featured in Entertainment Weekly as a B+ read. Her second memoir, THE MAN WHO LEFT, hit the New York Times bestseller list.

Clearly Frasier has no trouble keeping her nose to the writing grind.

“Writing is my only source of income, so I don’t wait for something to unblock,” she says. “I actually don’t believe in writer’s block. I think you can be blocked if something is going on in your life that keeps you from tapping into your creativity. But for the most part, stories require a quest. You have to go on that quest.”

Frasier’s personal publishing quest has turned into an inspirational adventure for all authors. While she’s worked with some of the top agents in the business, she recently made the choice to forge her own path.

“I’m not sure agents can do the job we need them to do anymore because they’re overloaded,” she says. “Because of that, I haven’t had an agent in a few years. Doesn’t mean I’ll never have one again under the right circumstances, but the role of the agent has definitely changed and isn’t what it used to be.”

Of course, this isn’t the only difference in the industry today. With more self-published titles hitting the shelves, authors are looking for unique ways to promote their work. While some resent the tough slogging that has become Social Media, Frasier embraces it.

Which might be one of her only links to the real world when she’s in full-on writing mode. Frasier’s creativity is fed by total solitude and quiet.

“I immerse myself in a project, which means I live with it and nothing else for weeks at a time,” she says. “I can’t work with another person breathing within a mile of me. That’s an exaggeration, but not a big one.”

For the next little while, Frasier will immerse herself in the third Elise Sandburg book while laying the foundation for a fourth. Writing a series hasn’t always been her M.O., but she’s not quite willing to say goodbye to this character.

And neither are her readers.

Lucky for all of us.

Fans of the Elise Sandburg books can get their hands on STAY DEAD this April. To learn more about Frasier and her complete title list, visit her website. 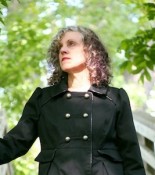 Her first memoir, THE ORCHARD, was a 2011 Oprah Magazine Fall Pick, Number Two on the Indie Next list, a featured B+ review in Entertainment Weekly, and a Librarians’ Best Books of 2011. Her second memoir, THE MAN WHO LEFT, was a New York Times Bestseller.