THE SOPRANOS brought organized crime into our living rooms, and SONS OF ANARCHY revved our interest in the world of motorcycle gangs.  But are these popular television shows an accurate portrayal of what gangs and organized crime look like today?

Michael Plichta, Unit Chief, La Casa Nostra/Outlaw Motorcycle Gangs/Major Theft Unit,was kind enough to appease my burning curiosity about this fascinating subject.  His informative answers opened my eyes, as I hope they will open yours, to this growing international issue.

How are gangs growing and evolving?

For most people who join an urban street gang, the decision is less of a choice, and more a way of life.  These gang members are not weighing options, but rather accepting a lifestyle within their comfort zone.  Rough neighborhoods provide a ready-made membership.

Gangs are growing both nationally and internationally.  The demographics have changed, and gangs are not only popular in inner cities, but suburbs as well.  The smaller local police departments don’t have the proper resources to deal with the gangs, so they prosper in the suburbs.  Gangs are also becoming more sophisticated, exploiting new and advanced technology as a means to recruit, communicate discretely, target their rivals, and engage in criminal activities.

How are gangs impacting our society?

There are more than 33,000 gangs in the United States, and membership has skyrocketed to approximately 1.4 million.  Gang membership has increased most significantly in the Northeast and Southeast regions, although the gangs in the West and Great Lakes have the dubious honor of having the highest number of members.  Many communities are experiencing an increase in ethnic-based groups, such as African, Asian, Caribbean, and Eurasian gangs.

Gangs are responsible for an average of 48 percent of violent crime in many jurisdictions, and up to a breathtaking 90 percent in others.  Large cities and suburban areas are the sites of most gang-related violence.  Neighborhood gangs and drug crews pose the most significant threat to communities.

The days of simple street crimes are gone.  Gangs have become more sophisticated, better equipped, and highly organized.  The crimes are more varied and profitable.  Alien smuggling, human trafficking, and prostitution are becoming prevalent.  White collar crime, such as counterfeiting, identity theft, and mortgage fraud are also on the rise.  Gang members are looking for crimes with high profitability and lower risk of detection.  They are also more apt to commit crimes with lighter sentences than drug and weapons trafficking.

Prison time doesn’t mean that members will stop engaging in gang-related activities.  Family members often play roles in assisting the facilitation of criminal activities and recruitment during a member’s incarceration.

How is law enforcement dealing with gangs? 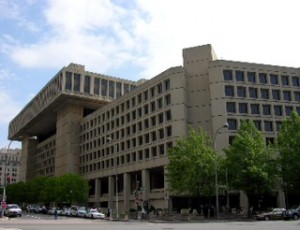 To assist this effort, Congress established the National Gang Intelligence Center (NGIC) in 2005 to support law enforcement agencies in their fight against criminal activities perpetuated by gangs.  The NGIC includes members from the Federal Bureau of Investigation (FBI), US Drug Enforcement Administration, US Bureau of Alcohol, Tobacco, Firearms, and Explosives (ATF), US Bureau of Prisons (BOP), United States Marshals Service (USMS), US Immigration and Customs Enforcement (ICE), National Drug Intelligence Center (NDIC), and US Customs and Border Protection (CBP).  This multi-agency center gathers gang intelligence assets to serve as a central intelligence resource for gang information and analytical support.

How does organized crime prosper?

Organized crime rings reap illegal profits of around one trillion dollars a year.  How do they rake in this astronomical amount?  They manipulate financial markets and labor unions along with construction and trash hauling industries.  These rings also bring drugs into our communities and raise the levels of violence.  Some of the techniques they use include bribing corrupt officials, extortion, graft, intimidation, and murder.  They also run underground businesses like human trafficking and prostitution, and they con people out of millions of dollars every year through stock frauds and financial scams.

What does the face of organized crime look like today?

The group we think of as the Italian Mafia, La Cosa Nostra (or the LCN as it’s known by the FBI), is literally translated to “this thing of ours.” These “families” or groups are engaged in significant and organized racketeering activity.  The LCN is most active in the New York metropolitan area, parts of New Jersey, Philadelphia, Detroit, Chicago, and New England, but it has members in other major cities, and it is involved in international crimes.

Although the Italian Mafia remains a powerful force, globalization has changed the face of organized crime. The focus has shifted from regional families with a hierarchical structure to a variety of flat, fluid networks with global reach.  International enterprises are more anonymous and sophisticated.  Some of the threats surging to the forefront of organized crime include:

Making things even more challenging, the FBI is seeing cross-pollination between groups that have never worked together before.  The internet facilitates these collaborations. These criminals may never actually meet, but their common greed results in shared ventures.  Internet crimes that generate money are increasingly becoming tools of the trade.

The players have transformed.  Former members of nation-state governments, security services, and the military use their specialized knowledge to exploit rich targets.  The shake-downs of local businesses showcased in THE SOPRANOS have been replaced by high-stakes, profitable enterprises.

The FBI has also changed, especially after 9/11.  It was given broader permissions to use tools to prevent crimes and purposeful acts of terror.  The FBI has evolved from a law enforcement agency to a national security service that is focused on threats and intelligence gathering.

How does the FBI combat organized crime?

Organized crime comes at us from every corner of the globe.  The FBI fights to minimize the damage caused by these national and transnational syndicates through undercover operations, confidential sources, surveillance, intelligence analysis and sharing, forensic accounting, multi-agency investigations, and the use of racketeering statutes to help take down entire organizations.  The FBI also maintains close ties with its international partners to build cases and disrupt groups with global ties.  For example, FBI agents have worked side-by-side with the Hungarian National Police for over 10 years targeting Eurasian organized crime to bring criminals from Russia, Poland, Romania, Bulgaria, and others to justice.

All of this hard work does pay off.  In October 2010, the FBI (along with its state and local partners) arrested 52 individuals, many of whom allegedly belonged to an Armenian-American syndicate, for health care fraud amounting to more than $163 million dollars.  Among those arrested was an individual believed to be a “Thief-in-law” (may be more closely translated as a “thief who follows the law,” figuratively referring to a criminal who obeys the Thieves’ Code), an elite in today’s world of organized crime.  Cases like this one require serious commitment and cooperation of many individuals, and to remain successful in the fight against crime, the FBI must continue to adapt to the evolving threat of organized crime.

The FBI’s organized crime section is divided into three units, devoted to:

FBI headquarters handles the overall coordination and support of all organized crime investigations.  The 56 Field Offices and Resident Agencies investigate crimes within their own territory and they rely on headquarters for additional support and assistance.  The FBI also participates in joint task forces with other federal, state, and local law enforcement agencies to help combat organized crime. There are also 63 Legal Attachés overseas.

TV shows like the SOPRANOS, SONS OF ANARCHY, and BOARDWALK EMPIRE glamorize organized crime and gangs, seducing people into “the life.”  But as you can see from Michael’s helpful information, this lifestyle can lead down a destructive path.  If you are interested in learning more, Michael recommends reading CLOCKERS by Richard Price, a fascinating tale about the underside of a gritty New Jersey housing project or GANG LEADER FOR A DAY by Sudhir Venkatesh, a gripping tale of how a young sociologist was able to infiltrate a Chicago gang and befriend a gang leader.

I hope you enjoyed these insights into such a timely topic. Michael Plichta was incredibly helpful and forthcoming about his extensive background in organized crime and gangs.  I’d also like to thank Betsy Glick in the Office of Public Affairs at FBI Headquarters in Washington D.C. for her efforts in coordinating this interview.

WORKING WITH THE FBI: A Guide for Writers

If you are a writer who wants to feature the FBI in a TV, film, and literary project, the FBI may be able to work with you to help create an accurate portrayal of the Bureau’s work.

What the FBI needs from you:

What the FBI can consider providing you:

For project assistance, please send a written proposal with the above info to: public.affairs@ic.fbi.gov or call the Office of Public Affairs in Washington, D.C. at (202) 324-5348.

Kimberley Howe has the honor of winning three Daphne du Maurier awards for Excellence in Mystery and Suspense and numerous other writing awards. She works as a medical, health, and fitness writer, excellent training ground for research and answers to countless Jeopardy questions.

Travel and adventure are her passions. She has had the pleasure of riding racing camels in Jordan, learning how to surf in Hawaii, hanging upside down on the zipline in the Costa Rican jungle, swimming with Great White Sharks in South Africa, and working with elephants in Botswana. Home is in Toronto, Canada, but she is often missing in action!

To learn more about Kimberley, please visit her website.