This week, we join Paige Wheeler and Josh Getzler to get the inside scoop on why literary agents attend writer’s conferences. You won’t want to miss it!

As a founding partner of Folio Literary Management, LLC., Paige Wheeler has artfully merged her creativity and business savvy to create an agency that is dedicated to maximizing author potential. Prior to forming Folio in 2006, Paige founded Creative Media Agency (CMA) in 1997 and served as its President for nine years. With an entrepreneurial spirit ignited by the thrill of discovery, Paige ventured to support her clients and their unique voices in an unprecedented way. Through Folio she is now able to provide the ability to manage intellectual property rights of authors by selling both domestic and foreign rights, co-agenting film and audio rights, as well as offering the services of a speakers bureau and licensing agency.. 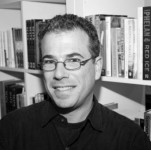