Judas exists! He’s been wandering through millennia, hiding himself in plain sight and cloaking himself in history, putting the pieces in place for the second coming and the end of the world. The thin skinned, righteous wrong and anyone who believes they have the one and sole map to the path of God, need not apply.

What if everyone was wrong about Armageddon and the Rapture? That’s the simple question posed by Bob Mayer in his latest release, I, JUDAS THE 5th GOSPEL, offered by his publishing house, Who Dares Wins Publishing. If you think you have a pretty good idea of what took place at The Last Supper and what followed, open your mind to Bob Mayer’s take.

Part science, part thriller, part history and part whodunit, when, where and how, Bob Mayer opens an Eighth Seal in our imaginations and Armageddon is upon us.

“We jump to the modern day and it’s only four hours before the apparent end of the world as an unknown object hurtles toward Earth, threatening to obliterate all life. Some, the Brotherhood, believe it’s Wormwood, one of the signs of the Rapture. Others, the Illuminati, believe in science and that the Intruder, as they call it, must be stopped. We meet Judas, talking to three people deep in the Amazon. They’re from a team sent to kill him, as the Brotherhood believes he’s the anti-Christ.”

For a real thrill, some would say jump on the roller coaster of “in His name”. Sometimes the most dangerous weapon man uses against himself and others is organized religion.

Mayer explains that he uses two timelines to tell his story-two lightning fast trains on different tracks happening simultaneously but apart until they collide at one very specific, very important intersection of time. “I keep going back to Judas, as he lays out the truth,” he says. “Then I have a timeline going back three days to when the object first appeared and moving forward, showing how various people and organizations are reacting to the object.” He says his wide cast of characters embody the character of man and woman with various backgrounds and belief systems, from extreme views on both ends of the spectrum from absolute faith to no faith, at all.

Using intense research, including The Bible as his bible, Bob Mayer recreates the past the present and the very near future as the biggest boom is about to occur in 5, 4, 3, 2…

“I use a lot of facts in all my books,” Mayer says. “One is the history of the Bible. Judas recounts how it was actually written, and that’s factual. He also talks about the genetic bottleneck when there were only 10,000 humans left alive that we’re also descended from. That’s factual.”

And while many ponder the question, “What would Jesus say?” Mayer is pondering, what has Judas done?

Bob Mayer’s back-story is as interesting as his novels. The New York Times, Best Selling Author with an impressive collection of both fiction and non-fiction books in his stable, poses an interesting scenario as a guy who, himself, walks a tender line in the very history of publishing. You must wonder if he sometimes feels attacked or is thought of as attacker or sees himself as savior as he embodies the very definition of dichotomy. He is a man who loves and cherishes books. Even in this day of easy internet access he loves books, real books. But as CEO of Who Dares Win Publishing, he is part of the e-book revolution. If Barnes and Noble, Walden Books, Borders and a legion of independent book sellers were seated at the table of their own last supper would Bob Mayer be Jesus or Judas?

The question is no more easy to answer than those posed in , I, JUDAS THE 5th GOSPEL.

Whether we be Ostriches who stick our heads in the sand to hide from approaching danger, or like a gazelle we use danger as fuel to sprint ahead of the attack, the internet has changed the way we seek and receive information. And as both author and e-publisher, Mayer is doing a delicate dance above the heat while sometimes dipping his toe into the flames. In two years he’s gone from peddling several hundred books to selling 65-thousand books a month, boasting seven figures. You could almost call him, E-Iacocca, the man who saves a flagging industry, cursed by others for leading the way. “I love e-publishing,” Mayer says unabashedly. “We just passed the one million dollar mark earned in just 18 months at Cool Gus publishing. Not bad for selling 3 eBooks our first month. I think legacy publishing is adapting too slowly and holding on to the past. Also, those authors like Scott Turow and Richard Russo attacking Amazon are part of the elite 5% who, of course, want to hold on to the old ways. But the future is here, whether people like it or not. As we say at Cool Gus: Lead, follow, or get the hell out of the way.”

The debate might be easier solved by using the words of the late Rodney King, “Can’t we all get along?”

Currently Bob is working on AREA 51: NIGHTSTALKERS, which will be his first book for 47North, Amazon’s science fiction imprint. ” It combines my military thrillers with a bit of science and paranormal: basically it’s about a Special Operations team made up of soldiers who aren’t quite human.”

But for now the question being posed is, “What will you say after reading I, JUDAS THE 5th GOSPEL? 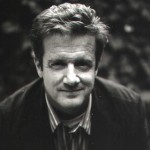 NY Times bestselling author Bob Mayer has had over 50 books published. He has sold over four million books, and is in demand as a team-building, life-changing, and leadership speaker and consultant for his Who Dares Wins: The Green Beret Way concept, which he translated into Write It Forward: a holistic program teaching writers how to be authors. He is also the Co-Creator of Cool Gus Publishing, which does both eBooks and Print On Demand, so he has experience in both traditional and non-traditional publishing.