“We need to have eyes, here, there and everywhere,” says a character in Edward Marston’s short story “Here, There and Everywhere,” one of the stories in the new anthology MURDER HERE, MURDER THERE, edited by R. Barri Flowers and Jan Grape. Both co-editors also contribute a story (“Convinced” and “The Confession”) among the 19 short stories represented. The book was released May 25, 2012 with “murder coming at you from here, there, and everywhere,” according to TWILIGHT TIMES publisher Lida E. Quillen.

Settings range from present-day Aspen (“Incident in Aspen” by Margaret Coel)  to England (“Here, There, and Everywhere” by Edward Marston). Along the way, there is a visit to a whorehouse in Boulder during the Civil War era (“The Hanging John” by Marlys Millhiser); Okinawa (“When I Grew Up” by Valerie Malmont); Mexico City and Loveland, Colorado (“Stay Tuned” by Noreen Ayres); Texas (“The Confession” by Jan Grape);  “Revere Point” along the Mississippi River, the title of Robert J. Randisi’s story of the investigation of the murder of Katie, a drowning victim; “A Small Town in Maine,” title of the story by Jim Ingraham;  a deadly cruise up the river of a foreign land where “A Certain and Untimely Death” awaits Lauren Haney’s victim and many points in-between.

The theme of the book is, quite simply, murder. After that, it’s eclectic.

Susan Rogers Cooper (HUSBANDS AND WIVES) said, “This anthology shines, with such chilling stories as John Lutz’s “Mom’s Kitchen” and Meg Chittenden’s sweetly sinister “Out of Focus.” This anthology is even better than the first!” Certainly the two stories singled out by Cooper are among the anthology’s finest, with Lutz (author of “Single, White Female” and winner of Shamus and Edgar awards) also providing the Introduction. Lutz’s “Mom’s Kitchen,” complete with its obsessive compulsive gun-toting protagonist, has a few surprises in store and is written with breezy style that captures your interest immediately.

Chittenden’s “Out of Focus” reminds of a similar short story about a typewriter from Stephen King, only in this story, the focus is on an old-fashioned camera that may—or may not—have sinister powers. Chittenden’s story has a particularly good ending of the SIXTH SENSE variety. Writing a SIXTH SENSE twist ending is not easy; pulling off a double twist ending certainly should be applauded. There are at least 4 to 5 stories that focus on the concept of one spouse attempting to kill the other; there are at least 2 that deal with dead babies, but the writing styles and murder methods run the gamut.

The stories in this anthology are fiction, not true crime stories. That is a departure from R. Barri Flowers’ SERIAL KILLER COUPLES OR SEX SLAVE MURDERS, which were based on true crimes. Flowers has also written fiction such as STATE’S EVIDENCE, KILLER IN THE WOODS, and DARK STREETS OF WHITECHAPEL in his long career (over 50 novels) following his graduation from Michigan State University with a degree in criminology in 1977. (Flowers is a recipient of the prestigious “Wall of Fame Award” from Michigan State University’s renowned School of Criminal Justice.) Co-editor Flowers has also been interviewed on the Biography Channel and Investigation Discovery and by ABC News. A resident of Hawaii with his wife Lorraine, Flowers is currently at work on a new psychological suspense novel, SEDUCED TO KILL IN KAUAI and the young adult mystery GHOST GUY AT DEAD LAKE.

Co-editor Jan Grape is an award-winning writer with a successful mystery series and numerous published short stories and articles. Her novels include AUSTIN CITY BLUE and DARK BLUE DEATH, featuring Austin policewoman Zoe Barrow. Her most recent non-series novel is WHAT DOESN’T KILL YOU. Grape has been a finalist for an Edgar, Agatha, Shamus and a McCavity for co-editing the non-fiction book DEADLY WOMEN.

–“MURDER HERE, MURDER THERE, the new American Crime Writers’ League anthology is an exceptionally fine collection of mystery stories spanning the globe—vivid, fast-paced, literate and unforgettable.  Not to be missed.” (Douglas Preston, Best-selling author, Co-creator of the Pendergast series.)

–“A delightful, engrossing anthology featuring some of the best and most promising of crime writers.” (Marcia Muller and Bill Pronzini)

–“A powerhouse collection from a blue ribbon list of the best in the business.  Gripping,exciting, engaging stories—an absolute must-read.”  (Joe Moore, THE PHOENIX APOSTLES) 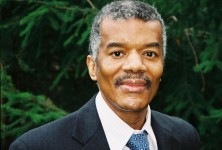 He has also served as editor of the mystery anthology, MURDER PAST, MURDER PRESENT.

Connie (Corcoran) Wilson
Connie (Corcoran) Wilson, M.S., is a University of Iowa graduate and an active voting member of HWA, AWP, IWPA and MWA, an associate member of ITW, and was named Writer of the Year by MWC (Midwest Writing Center) and Content Producer of the Year (Jan., 2009) by a 600,000 member blog (Associated Content/Yahoo). She has taught writing at 6 colleges and published 2 novels, 5 short story collections, 2 humor collections and 1 children's illustrated book since 2003. Her newest novel The Color of Evil was just named the Gold Medal Winner in the (Jenkins Group) E-Lit competition, while the IWPA (Illinois Women's Press Association) will award her its Silver Feather Award on June 2nd. She will be a presenter at the Spellbinders' Conference in Hawaii over Labor Day (www.SpellbindersConference.com) and her new collection of short stories, Hellfire & Damnation II, is scheduled for release by then by its Rhode Island publisher.

The Eagle and the Snake by W. Craig Reed