In the fifth book in the series, Lieutenant Lucinda Pierce encounters a death that at first appears to be suicide. In another city, Special Agent Jake Lovett pays little attention to a man who seems to be a conspiracy nut—until he’s found dead. As they pursue their separate investigations, the two cases merge into one bigger crime.

When Homicide Investigator Lucinda Pierce finds Candace Eagleton hanging from a rail in her home, a thick rope knotted around her, she vows to catch her killer. A note exposes Candace’s marriage to wealthy husband Frank as a sham, making him Lucinda’s prime suspect.

Lucinda’s boyfriend, FBI Special Agent in Charge Jake Lovett, is sure he’s dealing with a nutcase when Charles David Rowland claims to have information about a murder that took place thirty years ago with links to a high-ranking person in the US government. But when Charles is killed in a brutal hit-and-run, Jake realizes he’s made a mistake.

Searching Charles’ shabby apartment, Jake finds a list of four names, including Charles’ own and Candace’s.  What connects them, and can Lucinda and Jake find the other names on Charles’ list before it’s too late? 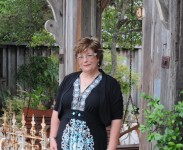 Diane Fanning is the Edgar-nominated crime writer of six mystery novels and eleven true crime books. She has received the Defender of the Innocent award from the Downstate Illinois Innocence Project and the Freedom Fighter award for her work in the non-profit sector. She has appeared on The Today Show, 48 Hours, 20/20, Biography, Justice with Judge Jeanine and numerous shows on MSNBC, E! and Investigation Discovery networks. Born in Baltimore, Maryland, she lived in Virginia for two decades before settling in New Braunfels, Texas.