Science and thrillers have been companionable bedfellows at least since Mary Shelley’s FRANKENSTEIN was published almost two centuries ago, and maybe longer than that.  When science takes a central role in a thriller, how accurate must the science be?  I put that question to Debut Author Kira Peikoff, whose novel LIVING PROOF is due for release this month from Tor.

“I don’t have a background in hard science,” Peikoff said, “but my background and training as a journalist gave me the confidence to interview professionals to get the information I needed for the book.  You need to know how to ask the right questions.”

Having asked the “right questions,” the NYU journalism graduate added, the next step is deciding how much to bend the rules without destroying the author’s credibility.

“You should try and get the scientific theory correct,” she explained.  “Then you take liberties in anticipating the things that haven’t been discovered yet.  Even then, the more factual you can be, the better.  You need a good excuse to break the rules.”

LIVING PROOF envisions a future when destruction of a human embryo is a crime that can be charged as first degree murder and when the federal Department of Embryo Preservation holds a tight rein on fertility clinics across the country.  Failure to follow the DEP rules means prosecution for a fertility clinic doctor.  Arianna Drake, a young and brilliant doctor, operates a thriving fertility clinic that attracts the attention of the DEP for the clinic’s sudden popularity.

Dr. Drake’s unexpected success, along with her past support for a radical and controversial scientist, prompt the DEP to send in an undercover investigator looking for illegal activity at the clinic.  Together Dr. Drake and DEP agent Trent Rowe face challenges that put their own lives in jeopardy.  Human life and a major scientific breakthrough hang in the balance.

If the central conflict in LIVING PROOF—science at odds with the government’s idea of morality—sounds familiar, it should.  The genesis of the book came from Peikoff’s work as a reporter during the summer of 2006, when she covered President George W. Bush’s veto of a bill authorizing federal funding for embryonic stem cell research.

“I spent that summer working in Washington DC for the ORANGE COUNTY REGISTER,” she explained.  “I was assigned to cover the first veto of President Bush’s presidency, and after the piece was filed I wanted to find a way to express how I felt about the issue, something that went beyond the factual story of the veto.  That was the idea behind the book.

“I’m interested in political issues that affect ordinary people.  I wanted the book to be entertaining, but I also wanted something that would inspire the readers to think about the ideas.  I hope to start a debate.”

A potential pitfall for an author writing about an emotionally charged topic is winding up with a rant either for or against something, a danger Peikoff acknowledged.

Peikoff’s background would be the envy of many writers.

“I decided years ago that I wanted to be a writer,” she said.  “But I planned to wait until I had established a career and then take some time off to write.  Then my father convinced me to take a year off to write after I graduated from New York University (in 2007, with honors).  So I took the year my father suggested and wrote LIVING PROOF.  Then I went to work.”

For Peikoff, “work” included stints at a couple of major publishing houses in New York.  Those jobs gave her valuable insights into the nuts and bolts of publishing, but they didn’t allow her to dance around the obstacles faced by all first-time authors.

“I learned about the publishing process,” she said, “but it wasn’t a shortcut to getting published.  I still had to go through all the steps, querying and finally locating an agent.  Success is never going to be handed to you.  It’s important to keep improving your craft however you can.  You need to become confident in your skills, and you need to be persistent.” 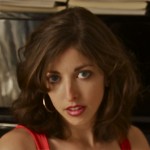 KIRA PEIKOFF has written for The Daily News, Newsday, The Orange County Register, and New York magazine. She holds a bachelor’s degree in journalism from NYU and has worked in the editorial departments of Random House and Henry Holt. LIVING PROOF is her first novel.

To learn more about Kira, please visit her website.