Titled THE DARTS OF DECEIT it is a powerful drama of international political intrigue and high adventure in turbulent Africa. The author, Wilf Nussey, a journalist for forty years, spent most of them in Africa, covering the march of independence up to the death of apartheid. As a foreign correspondent for South Africa’s leading newspaper chain he came to know the southern and central African states intimately. He watched Portugal’s three African colonies implode into civil war after the Lisbon dictatorship collapsed in 1974, Rhodesia’s whites surrender power to blacks in the new Zimbabwe (who promptly suppressed internal black opposition by massacreing twenty to thirty thousand of them, always an effective ploy), and South Africa’s white regime desperately reinforce the apartheid walls as the black nationalist tide beat against them.

The turmoil coincided with the disintegration of the Soviet Union under Gorbachev in the 1980s. From this emerged the seed for “The Darts of Deceit”.

The story is set mainly in Mozambique and nearby Madagascar, the  huge island state in the Indian Ocean plunged into Mao-style communism by its dictator, Didier Ratsiraka, when he seized power in 1975. It takes in London, Washington, Lusaka in Zambia, Addis Ababa in Ethiopia, and places in South Africa. It features a broad array of well-defined characters from the leading players, Victor Kennedy and Mario Octavio de Sousa, to the US President and his National Security Advisor, the CIA deputy chief, British MI6 agents, the Mozambique president and his security head, A Soviet diplomat-cum-KGB officer, South African spies and military chiefs, NASA satellite trackers, Malagasy soldiers and a Russian ICBM crew.

Dismayed by the crumbling Soviet system around them, a group of hard-core Russian politicos and officers decide to restore their fast-vanishing power and prestige by causing international crises.

For this they need major weapons – not a problem because with the crumbling of the Soviet Union sophisticated weaponry was disappearing wholesale from arsenals in its former vassal states. 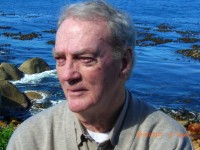 With stolen nuclear missiles they set out to create major disasters in several parts of the world to discredit Moscow’s new liberalism, create openings for Russian military intervention and restore the credibility of communism.

The first place they pick is Southern Africa, where they can exploit the turbulence to make South Africa look the culprit, triggering open war. Russian forces under the Red banner will rush to black Africa’s aid.

British and American intelligence get wind of this but are unwilling to take direct action. Britain’s MI6 opts to use the services of a billionaire and political intriguer with worldwide business interests whose son, a charter pilot in Kenya and covert MI6 agent, has disappeared on a flight to Mauritius. He hires Kennedy to find him.

Kennedy is an out-of-work Briton who fought for Rhodesia in the guerilla war there. The search leads him via murky exile groups in South Africa to Mozambique, where he enlists the help of the rebel underground and the sinister security police discover his presence.

The CIA learn of the Russian plot from their own sources. They inform the National Security Advisor and he decides to turn the tables by seizing guidance control of the hijacked nuclear missiles and blaming the apartheid government in South Africa.

Kennedy finds the missing son and discovers the full ramifications of the plot but is captured. Meanwhile South Africa’s intelligence chiefs have been tipped off and discover their objective is ironically the same that of Mozambique’s Frelimo rulers, who have also learned of the plot: to destroy it. They go to Kennedy’s assistance.

The story moves between the political machinations in London, Washington and Southern Africa as the different groups move to abort the rebel Russians’ scheme or take it over for their own objectives.

It rises to taut and violent action as Kennedy and De Sousa move to counter the missiles, and reaches spectacular climax in the depths of Madagascar.

The Traiteur's Ring by Jeffrey Wilson