ANTHONY LARK has a list of names—Terry Dawtrey, Sutton Bell, Henry Kormoran. To his eyes, the names glow red on the page. The men on the list have little in common except that seventeen years ago they were involved in a notorious bank robbery. Now Lark is hunting them, and he won’t stop until every one of them is dead.

This is the second novel from Harry Dolan featuring his mystery magazine editor, and sometimes detective, David Loogan. I must admit I missed his first novel, Bad Things Happen and I’m sorry I did. The writing draws you in immediately and the characters hold you tightly. The pace is fast throughout and the plotting is tight. I finished this in two sittings, and at over 400 pages that was a major investment in time, especially when I have a lot on this week. The story begins with the narrator, Loogan, and is told in the first person and then switches between other character point-of-views so that we get to see what is happening outside of the influence of the main character.

I had only seen this once before, by Nelson deMille, and found it easier to handle that I thought I would. Loogan is a wise-cracking editor and tends to see clues as a mystery writer would. This leads him to make a number of leaps, not all of which are correct, that are more convoluted than the reality. Sometimes the most obvious of answers are best.

The story is set primarily in the city of Ann Arbor, Michigan, and the author has captured the setting perfectly. Of course, he lives there so this helps add realism. The novel begins when Loogan receives a manuscript with the words ‘I killed Henry Kormoran’ on the inside page. What follows is a complex story of a killer, Anthony Lark, who with synaesthesia and is most likely insane. I say ‘most likely’ on purpose but will not spoil the story by explaining why. Lark is determined to kill three men. All were involved in a bank robbery seventeen years previously but two of them have moved on with their lives and the third is in prison. Why he wants to kill them is critical to the story but that is not revealed until much later.

Although  we know who the killer is from the start don’t think you have this one worked out. Throw in a plucky reporter, a retiring senator, his over zealous bodyguard, new Senate candidate Callie Spencer, who just happens to be the daughter of the police officer shot and paralysed seventeen years ago during that same robbery and you can see how the story quickly becomes complicated.

The writing, however, is crisp and clear and I never felt at any time that I was wading through the story. Loogan lives with Ann Arbor Detective Elizabeth Waishkey and her sixteen year old daughter, Sarah. The interaction of their home and professional lives feels real and Sarah’s character is becoming more prominent. This is a good thing as the characters are well written and believable and I enjoyed following their exploits.

I managed to catch up with Harry and ask him a few questions about his routines and where he sees the characters going from here.

It is unusual that two such accomplished novels are released without a number of short stories to precede them. Do you have a stash of secret stories that led you to the novels or did it all come together for the first novel?

I wrote a few short stories in college, but after that I also wrote a long first novel that was never published.  It was an odd hybrid: part crime novel, part romance, part coming-of-age story — it wound up being 850 pages in manuscript.  So you could think of that as my apprenticeship as a writer.  I queried some agents about it, and some of them read it and liked the writing, but they all told me they wouldn’t be able to market it: it was too long for a first novel by an unknown writer.  But I learned a lot by writing it.  Incidentally, that first novel was called Liars, Thieves, and Innocent Men, and it makes a kind of cameo appearance in my first published novel, Bad Things Happen.

I love the way Loogan is not always right in his reading of the clues. Was this something you planned from the start or did the character evolve?

It just seemed to work out that way, I think.  Loogan is not a professional detective; he’s the editor of a mystery magazine.  He’s someone who has read a lot of detective stories and is familiar with all the clichés of the genre, and he tends to look at things through that lens.  He might look at a set of facts and think: If this were a story, then the killer would turn out to be so-and-so.  And as you’ve noted, he’s not always right.

When did you decide that writing was what you wanted to do?

I grew up in a family of readers, and I was interested in writing from an early age, but it was one interest among many.  I remember going through a phase when I was very interested in astronomy and thought I would grow up to be a scientist.  As a teenager I was into art, and I actually went to college to study graphic design (although I dropped out of that college and later enrolled in a different one).  I wound up at Colgate University, where I edited a student magazine that published science fiction and fantasy (which was yet another interest of mine as a teenager).  I studied fiction writing with the novelist Frederick Busch, who taught at Colgate for many years, and he saw something in my work and encouraged me to keep at it.  That was the first time I thought of being a writer as a realistic goal, though it took me a while to decide to actually focus on it and pursue it.

I envy people who can sit down and start writing and see where it leads.  I tend to have to plan things in advance.  Both of my published novels were outlined extensively.  With Bad Things Happen, I had all the major plot twists worked out, as well as the ending, before I wrote a word.  With Very Bad Men, I was a little less strict about it: I had a lot of things worked out beforehand, but not the ending.  But even there, I found that I had to outline as I was writing, and the outline always had to be a few chapters ahead.  Otherwise I find I don’t know where I’m going, and I’ll never get there.

I love traditional books — in fact, there are stacks of them in my office right now, waiting to be read.  But I received a Kindle for my birthday this year, and I’ve read some books on it, and I can certainly understand the appeal.  It’s easy to use and very convenient; it would certainly cut down on the clutter.  It’s a new way for books to reach readers, and I think any writer has to look at that as a good thing.

Here goes:  Very Bad Men has everything you could ask for: a charming, wise-cracking protagonist; a beautiful raven-haired lady detective; and a lone-wolf killer with synesthesia who may also be insane.  It’s got a tabloid reporter who used to write vampire novels.  It’s got bank robbers, precocious teenagers, corrupt cops, and questionable politicians.  It’s got sharp dialogue and a plot that will keep you guessing.  There’s also an impalement.  And a turtle. 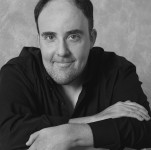 I’m working on a new David Loogan book now.  It centers on the murder of an intern at Gray Streets magazine.

You can find more information about Harry Dolan and his books on his website, and you can read the Prologue and the first two chapters on line. If you’re anything like me then you will be rushing down to the book store to buy the book soon after. It’s available in hardback and Audio now and is well worth the extra few bucks. Bad Things Happen is out also in paperback and Kindle and, while not essential to picking up the story, is certainly well worth your while reading to see how Loogan came to town and the trouble he got into.

Harry Dolan is certainly an author to watch and I eagerly await his next novel.

A Killer’s Essence by Dave Zeltserman

Children of Paranoia by Trevor Shane