Alma Katsu’s debut novel The TAKER is sure to appeal to fans of dark romantic fiction, drawing on history and the supernatural to tell a tale of obsession, revenge, punishment and, ultimately, redemption. BOOKLIST said, “Readers won’t be able to tear their eyes away from Katsu’s mesmerizing tale,” while PUBLISHERS WEEKLY said, “Katsu’s vividly imagined first novel is…full of surprises and a powerful evocation of the dark side of romantic love.” The TAKER has been compared to Interview With the Vampire, The Historian and The Twilight series, but is not part of the vampire literary tradition and creates a new myth all its own.

On the midnight shift at a hospital in rural Maine, Dr. Luke Findley is expecting another quiet evening of frostbite and the occasional domestic dispute. But the minute Lanore McIlvrae—Lanny—walks into his ER, she changes his life forever. A mysterious woman with a past and plenty of dark secrets, Lanny is unlike anyone Luke has ever met. He is inexplicably drawn to her…despite the fact that she is a murder suspect with a police escort. And as she begins to tell her story, a story of enduring love and consummate betrayal that transcends time and mortality, Luke finds himself utterly captivated.

Her impassioned account begins at the turn of the nineteenth century in the same small town of St. Andrews, Maine, back when it was a Puritan settlement. Consumed as a child by her love for the son of the town’s founder, Lanny will do anything to be with him forever. But the price she pays is steep—an immortal bond that chains her to a terrible fate for all eternity. And now, two centuries later, the key to her healing and her salvation hinges on outrunning her past.

Part historical novel, part supernatural page-turner, The Taker is an unforgettable tale about the power of unrequited love not only to elevate and sustain, but also to blind and ultimately destroy, and how each of us is responsible for finding our own path to redemption. 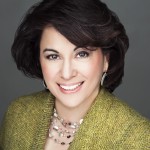 Alma Katsu is a writer living in the Washington, DC area with her husband, musician Bruce Katsu. She graduated from Brandeis University, where she studied writing with novelist John Irving and children’s book author Margaret Rey, and received her MA in Fiction from the Johns Hopkins University. The Taker is her first novel and is published by Gallery Books/Simon and Schuster.

To learn more about Alma Katsu, please visit her website.