The Myth: When God cast the archangel Satan into Hell, ending the War in Heaven, peace prevailed on Earth. Until the fallen angels took revenge in the Garden of Eden. Ever since, mankind has been in a struggle between good and evil, paradise and apocalypse: the fall of Rome, The Crusades, World Wars, nuclear proliferation, the Middle East Crisis… The War in Heaven never really ended-it just changed venues. For millennia, God’s angels have been fighting Satan’s demons on Earth, all in hopes of bringing about Satan’s greatest ambition, the Apocalypse.

The Reality: Satan has never been closer to his goal than right now.

Agent Bernadette Callahan is a talented investigator at a shadowy government organization known only as Section, on the trail of a serial killer with nearly supernatural abilities. Sebastian “Batty” LaLaurie is a religious historian who knows far too much about the other side- and that hard-earned knowledge is exactly what Callahan needs. This unlikely duo pair up for a race across the globe, decoding clues left in ancient texts from the Devil’s Bible to Paradise Lost and beyond. In the process they stumble upon a vast conspiracy-one beyond the scope of mankind’s darkest imagination.

“Browne has not only conjured up an epic story, The Paradise Prophecy is thoroughly entertaining and imaginative.” Raymond Khoury, NYT Bestselling Author of The Templar Salvation. 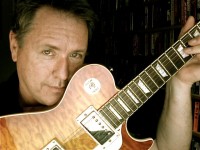 Robert Browne is an ITW Thriller Award-nominated author (DOWN AMONG THE DEAD MEN) with a keen interest in angels, demons, and the history of the afterlife. He lives in California, where he is at work on the sequel to The Paradise Prophecy.