“Private spy” Nick Heller returns to his hometown of Boston to set up his own shop. His old friend, hedge fund titan Marshall Marcus, contacts him with a life-or-death emergency: Marcus’ teenaged daughter, Alexandra, has been kidnapped. Now Alexandra, whom Nick has known since she was a baby, is trapped in an underground crypt, her suffering streaming live over the Internet for all to see.

Marshall Marcus is one of the most hated men in America, but as Nick hunts for Alexandra, he discovers a conspiracy that reaches to the highest levels of government.

Nick discovers all is not quite right with Marshall Marcus’s business. He’s being investigated by the FBI, he has a lot of shady investors, his fund is in danger and now he has a lot of powerful enemies who may have the motivation to go after Marcus’s daughter. But to find out who’s holding Alexa Marcus hostage, Nick has to find out why. Once he does, he uncovers an astonishing conspiracy that reaches far beyond anything he could have imagined. And if he’s going to find Alexa in time, he will have to flush out and confront some of his deadliest opponents ever.

“A total wow of a read…this is the kind of book you have to look up from, every once in a while, just to collect yourself….Great tension….About as perfectly plotted and suspenseful as possible, this is a tremendous high-wire act.” – Booklist (starred review) on Buried Secrets 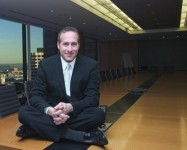 Joseph Finder is the internationally-bestselling author of nine novels, including the ITW Thriller Award-winning KILLER INSTINCT. His most recent book, the ITW Thriller-nominated VANISHED, introduced international security consultant Nick Heller, who will return in BURIED SECRETS in June 2011. Joe’s novel HIGH CRIMES became a hit movie starring Ashley Judd and Morgan Freeman, and his 2004 bestseller PARANOIA is currently in development as a major motion picture. His first short story, “Neighbors,” recently appeared in the collection AGENTS OF TREACHERY. Joe lives in Boston with his wife and daughter, and Mia, a needy golden retriever.