Not many of us listened to our parents when we were growing up, but we always listened to the words we read in books.  I remember my own childhood through the novels I read—Encyclopedia Brown Takes the Case; The Secret of the Old Clock; Are You There God, It’s Me, Margaret; Flowers in the Attic; Gone With the Wind.

The one thing all of these books have in common is that they were suggested to me by my local librarian.  With a stealthy hand, she directed me toward choices that fostered a lifetime love of reading.

I am hard pressed to find a successful writer who doesn’t have a similar story to mine—transformation through the public library.   This is why I am beseeching all ITW authors and thriller fans to support the Save the Libraries program.

At a time when Americans need their libraries the most, funding is being slashed, staffs are being cut and doors are being closed. The story is the same in most library systems: demand is up, funding is down. Why do we need libraries?

For many children in rural areas of our country, the library offers their only access to books and the Internet outside of the schoolroom.  For adults, many companies only accept job applications filed over the Internet. Mechanics and other professionals need access to costly manuals that are free at their local library.  65% of entrepreneurs use the library to research opening their own business.  And, believe it or not, there are still children whose highlight of the week is that trip to the library.  It was true when I was a kid and it’s doubly true now: the library is the beating heart of any community.

With support from the ITW, and in cooperation with Library Journal contributor and ITW member Jeff Ayers, we are launching a pilot fundraising program that we hope to roll out nationwide sometime next year.  The first event will be held March 12, 2011, in support of my local system, the DeKalb County Library Foundation.

The fundraising effort is multi-faceted. Tickets are being sold for a cocktail party that I’m hosting with special guests Kathryn Stockett, the author of The Help, and Mary Kay Andrews, author of 10 critically acclaimed and bestselling novels.

We’re also doing a blind auction for items of interest to people in the Atlanta area—restaurants, hotel visits, spa treatments.  Some of the bigger-ticket items will also be offered online via Bidding For Good and eBay. Computers will be set up at the library so that the bidding can take place in real-time, so someone from Decatur, Georgia, might be bidding against a reader in Bulgaria to have their script read by my film agent in Los Angeles.  Since many ITW authors are published in multiple languages, we felt that having this international component would result in a huge boost in bidding dollars.

More important than just this one event is the repeatability we’ve built into the Save The Libraries program. We are documenting every step—and misstep—so far in our journey to build a successful fundraiser: the donation requests we’ve made, the letters we’ve written to potential sponsors, the timeline we’ve used, the media coverage we’ve attained, the press releases we’ve sent, the auction items we’ve gathered, and all the logos, posters, invitations and ads that were developed in support of the event; eventually, we will combine all of these components into an “event in a box” packet that will act as a template for future fundraisers.  A second event, which will be held in Boston under the leadership of Dave Hosp, will help fine-tune the process.

All of this work is being done with an eye toward our eventual goal: to hold a nationwide raffle where ITW will invite library systems from all four corners of the continental US to submit a short proposal for a fundraising event.  We’ll then choose one system from each quadrant and send, at no expense to the library, at least four New York Times bestselling authors to help raise money.

We’ve already exacted promises from Dennis Lehane, Linda Fairstein, Joseph Finder, Douglas Preston, Lisa Gardner, and Tess Gerritsen.  We’ll also be encouraging all ITW authors in the event areas to attend the fundraiser and bring their families, their friends and even the family dog (as long as he buys a ticket) so that we can raise as much money as possible for the system. 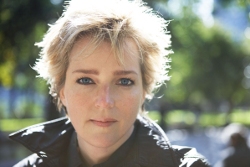 From its inception, ITW has fostered an international reputation for supporting writers.  I think it’s equally as important that we build a reputation for supporting the places where most of us got our start.  It is a textbook symbiotic relationship.  Anything that is good for the libraries is good for authors.  If we look at these fundraisers as a way not to help ourselves, but to help one of the cornerstones of our industry, we can’t go wrong.

As a lasting legacy, there is nothing more important we can do than to make sure everyone has free and open access to reading.  Whether it’s celebrating banned book week or risking jail time in support of reader privacy, librarians have always stood up for the rights of writers.  It’s time that we stood up for them.

There is also a “donation” button on the site through which you can directly support the DeKalb County Library Foundation.