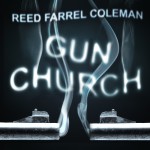 In the ’80s, Kip Weiler was a literary wunderkind, but he’s fallen on hard times. Now teaching creative writing at rural community college, Kip recues his class from a violent attack. His heroics earn him a second fifteen minutes of fame and spark him to write again. He becomes deeply involved with a cult-like group who worship the intrinsic nature of handguns, but things get really weird when the lines blur between his work and his life. Think WONDER BOYS meets FIGHT CLUB with guns.

“Coleman is operating at a very high level in GUN CHURCH … It is an audaciously plotted adventure in the unglamorous America … It is a confessional but propulsive novel, bizarre at times, touching, expertly paced and fresh.” –Daniel Woodrell, author of WINTER’S BONE

“Coleman’s GUN CHURCH is wonderful. His protagonist, Kip Weiler, is one ofthe most fascinating characters in years.” –David Morrell, author of THE BROTHERHOOD OF THE ROSE

“If this is church, I might start going. Sign me up as a parishioner.” –Don Winslow, author of SAVAGES

His daughter is on the verge of getting married when Moe receives grave news about his own health. To make things worse, his ex-wife and partner shows up after a ten year absence asking a desperate favor. It seems her estranged sister has recently been murdered outside a popular Brooklyn pizzeria and no one, not even the NYPD, seems interested in finding the killer? Why? That is the question, isn’t it? 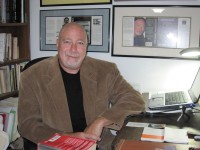 Called a hard-boiled poet by NPR’s Maureen Corrigan and the noir poet laureate in the HUFFINGTON POST, Reed has published fourteen novels. He is a three time recipient of the Shamus Award and a two-time Edgar Award nominee. He has also won the Macavity, Barry, and Anthony Awards. He is an adjunct professor at Hofstra University and an instructor for MWA U. He lives with his family on Long Island.

Beyond the Darkness by Jaime Rush