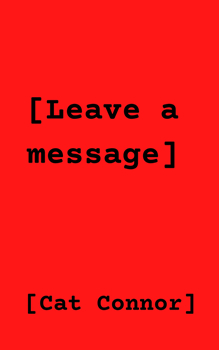 In Upper Hutt, New Zealand, a smallish city in the Wellington Region, there is a private investigation agency called, Wherefore Art Thou, with a reputation for excellence.

The agency is run by Veronica (Ronnie) Tracey and her two best friends: Steph and Jenn.

Domestic cases keep their lights on and door open, but the extracurricular activities Ronnie performs for various intelligence agencies makes sure they have all the latest tech, and a healthy bank balance.

All three are drawn into a potential crisis by a single word message.

The message takes them off the grid and drops them into a situation involving a missing New Zealand Army intelligence officer, and the sudden death of Crockett’s boss. The circumstances surrounding the missing officer, and the death, tests their collective expertise and propels them down a treacherous path that no one would expect to navigate on New Zealand soil.

Meanwhile, Ronnie’s Nana, and the Cronies of Doom, have plans of their own and the potential for overlap and disaster is high.

The Big Thrill reached out to author Cat Connor to find out more about her latest novel, [LEAVE A MESSAGE], her writing process, and what readers can look forward to from her next.

[LEAVE A MESSAGE] is the third novel in the Veronica (Ronnie) Tracey Spy/PI series. How do you keep your stories fresh and your readers coming back for more?

I think because this is the third book, it’s a bit easier to keep things fresh for me and the readers. Ask me again when I’m working on the ninth book. Will I be? No one knows! This was only ever supposed to be two books! I had intended to have a break from series writing after finishing my Byte Series on book 12. Guess my brain has other ideas and I’m well into writing book four of the Veronica Tracey Spy/PI series now.

I have a feeling it’s the characters that keep people coming back for more.

It’s hard not to like Nana and Ronnie. I do get a lot of positive comments about the characters and the way they interact.

As long as Nana is winding Ronnie and Donald up, it’ll stay fun and fresh. That woman has an endless supply of things that will irk, upset, or challenge her grandchildren.

A little bit of the attraction to this series is the setting. There aren’t many books set in Upper Hutt, New Zealand.

It’s entertaining when local readers tell me they recognized the area and how pleased they are to read about familiar places.

Ronnie is such an interesting character. Do you remember the moment when she really came into focus for you, and do you find she still surprises you at times?

Thank you for saying Ronnie is interesting. I’ve always thought so.

It was a long time ago when I first “met” Ronnie—she was having a conversation with her cousin Donald and Nana. Guess I was eavesdropping and that was just what it felt like. I was writing the Byte Series at the time, and I’d always wanted to write a proper Kiwi character and something set here rather than DC. So, while I was busy daydreaming about what that would look like, I found myself listening to three characters deep in conversation. I knew instantly that Ronnie and I would get on well.

She always surprises me. For instance, I didn’t think she’d ever willingly enlist Enzo’s special talent to get information, but she did!  (Yes, I know, if you haven’t read [LEAVE A MESSAGE] that’s a rather cryptic thing to say.)

In [LEAVE A MESSAGE], you take the reader on quite a trip that visits everything from various intelligence agencies, dowsing, and nanotechnology. Can you tell us a little about your research process, and how you were able to pull it all together?

Prior to writing these books I wrote FBI thrillers set mostly in the US, so I had a lot of research under my belt already. I’m still on mailing lists for various agencies so that’s helpful.

Nanotech was something new, I hadn’t really toyed with that before. I read a lot of scientific papers on various forms of nanotech while I was trying to work out exactly what I wanted to create to do the job at hand, once I had an idea then I adjusted it to suit.

As for dowsing, now that’s a family thing, I’ve always been able to dowse. I remember my dad telling me about his grandfather wandering around a paddock with a piece of willow branch in each hand looking for underground water. Thing is, it works. Once upon a time it was common for farmers to dowse for water to know where to sink their bore. (If you’re wondering, the sticks or rods cross above water.)

I’ve dowsed for all sorts of things over the years and can do so with almost anything. I have an amethyst pendulum that works rather well for missing objects, but I quite like using my Nana’s rings on a chain that came from my Great Uncle.

And when it comes to spy stuff, I have this great friend who is a former spy. Pete reads for me and is my go-to guy for all intelligence gathering. He rings me when he’s finished reading and I scribble pages of notes from his observations and then work out which character could use whatever we’ve talked about.

I’ve always had a wide selection of interesting people around me who have expertise in various things that come in damn handy at times. When I’m teaching crime writing I always encourage new authors to look around at the people they know, chances are there are some experts among them.

Writing isn’t a solitary act. A lot of people kindly give me their time and notes to make sure I get things right and to give me ‘language’ to use in various situations.

Generally, I start writing with very little idea what I’ll need down the track, research wise. I research as the story evolves and unfolds.

How do I pull it all together? Organically. Yes, I know, not the most helpful answer!

I tend to allow my mind to run with whatever feels right. I start at the beginning and write to the end while writing notes all over a notebook dedicated to the story. Then once I get to the end, I go looking for holes and things that I missed and check anything that might need more research before my editor gets involved.

What aspects of storytelling come naturally to you, and what aspects did you have to work to learn?

Now that question gave me pause. Breaking storytelling down into its various components is tricky especially with the view of working out which aspects come naturally.

Let me just say, it’s not commas or semi-colons!  My editors will say the same.

The storytelling itself is something I’ve always loved and I’ve always been a pantser. Storytelling is in my bones but characters are where I find the most joy. Without great characters moving the story along there wouldn’t be a story, but without a good story my characters would fall flat.

I don’t so much create characters as watch them slide up and start talking, or in Nana’s case tip-tap along with her cane and stir things up. I’ve never had any problem coming up with characters and I really enjoy listening to how they speak. Crockett wasn’t as forthcoming as Ronnie, Nana, and Donald, so I have word lists in the back of my notebook of Crockett words and phrases. Aussies are not like Kiwis. In saying that though, I am lucky enough to have someone I can check things with who is a Kiwi, but has been living in Australia for well over 30 years. Sometimes all I need is to listen to a few conversations between mates. Other times, I ask pertinent questions about the terms they use.

You’ve hinted that there’s going to be another book in the series. Do you have an idea of where you want to take Ronnie (and hopefully Nana)? Can you give us a little tease as to what’s coming?

There is indeed another book in this series. This book came about because I really wanted a way to share the horror of the worst neighbors in the history of bad neighbors. I was writing screeds about them and their nonsense on Facebook, and it turns out everyone was loving it (and thankful they weren’t living next to the horror show) so I thought it’d be fun to take the awful neighbors and make them Ronnie and Donald’s across-the-road neighbors. So I have. The true story of those horrible people is a running thread through the next book!

Cat has a deep love of animals and very much enjoys the company of Diesel her lab x mastiff and Patrick the tuxedo cat while writing, Netflixing, or reading.

Surely by now Netflixing is a word??