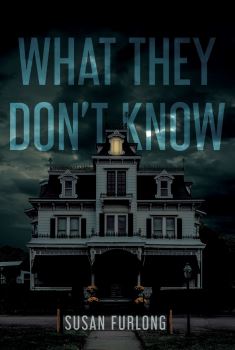 Mona Ellison is living a dream life. A successful husband, loving son, beautiful home, an amazing group of friends … you could say that everything is perfect.

When her son becomes entangled with the wrong crowd, ditches college plans, and runs away from home for a life of partying, Mona is upset, but boys will be boys, right? He’ll be back as soon as his money runs dry. At least that’s what she tells her friends.

Only she suspects something different.

Then the police knock on Mona’s door. A young girl has turned up dead, and her missing son is the prime suspect.

Determined to reunite with her son and prove his innocence, Mona embarks on a search that puts her on a twisty trail of social media clues and a rollercoaster ride of lies and betrayal until she lands on a truth that changes her perception of everything. Now the only thing Mona knows is that she can’t trust anyone … not even herself.

Susan Furlong recently spent some time with The Big Thrill discussing her latest thriller, WHAT THEY DON’T KNOW:

The twist came to me first. I was out with a group of friends, and during our conversation, someone mentioned a post their kid had made on his social media account. I found myself thinking, “Hmmm … what if…?” My imagination took over and filled in the blanks. And not in a pretty way! From there, it was just a matter of creating characters deviant enough to pull off the twist.

Domestic suspense is fun because readers can put themselves into the characters’ shoes and imagine what it would be like to be faced with similar conflict. WHAT YOU DON’T KNOW carries a strong psychological element and a bit of horror throughout the story, which adds to the intrigue.

My main character collects dolls. During research, I was surprised to discover that in addition to normal doll collectors, there is a sub-group of folks who collect haunted dolls. I’ve had a chance to interview a haunted doll collector, and it’s been fascinating to learn about his collection and the stories behind each of his dolls.

When you turn the last pages of WHAT YOU DON’T KNOW, you’ll be shocked to discover that no one is who they originally seemed to be.

Susan Furlong is the author of several mysteries, including the acclaimed Bone Gap Travellers series and Shattered Justice, a New York Times Best Crime Novel of the Year. She also contributes, under a pen name, to the New York Times bestselling Novel Idea series. Her eleventh novel, WHAT THEY DON’T KNOW, will release in May 2022. She resides in Illinois with her husband and children.