“Being a writer is like being a cop; you’re always one, even off duty,” explains Lutz.

It’s no surprise that Lutz should frame his choice of vocation in the cop analogy; he’s been living with cops, private eyes, and all manner of bad guys running around in his head for his whole adult life, and doing his best to get their stories out of his head and into one of his more than forty novels and two hundred plus short stories.

His latest book, SERIAL, is the sixth in the Frank Quinn series of suspense thrillers, and finds Quinn and his team of brilliant law-enforcement misfits on the trail of yet another serial killer, this time in New York City.

Restaurant hostess Millie Graff comes home from work one afternoon to find a naked stranger in her apartment—a maniac who gags her, violates her and subjects her to horrific torture, leaving her mutilated body with two signature clues. Nailing the killer is priority number one for the NYPD. Only the best investigator will do—and that means Frank Quinn.

Quinn wouldn’t want it any other way…because Millie Graff is no faceless victim. Fifteen years ago, as a homicide detective, Quinn risked his life to pull an 11-year-old girl from a burning car. Now this killer has taken away forever the precious life that Quinn had saved. For him, this time it’s personal.

Quinn knows he’s up against a truly twisted mind. As the body count rises, he realizes it’s not the ritual weapon that makes this killer so disturbing. It’s who he kills—and how he makes them suffer.

Frank Quinn and his team are back in SERIAL, the sixth book in the Frank Quinn series. Will readers learn anything new about Quinn in this one, or do you feel like you’ve fully developed his character in the previous books?

I think Quinn continues to develop, as does his relationship with Pearl. There will be new developments along that line. Quinn remains an “Old Testament” detective, even as a private investigator heading Quinn and Associates Investigations. (Q&A) However, like everyone else, occasionally he doubts.

SERIAL, like the rest of the Frank Quinn series, is categorized as a Thriller. Has your evolution to thriller author been organic, or did you make a conscious decision to transition to thrillers from straight up mysteries or PI procedurals?

I was consciously writing a thriller, but was never sure of a firm definition. I tend to think of a thriller as a suspense novel with velocity. Things have to happen, and fast, and often with physical action. The reader is not hanging around purely out of curiosity, but is vicariously experiencing what the characters experience.

Writing is a notoriously solitary pursuit. Are you part of a local writing community close to home?

There are quite a few writers in St. Louis. The “Arch Criminals” have monthly lunches, and we get together at various functions or for lunch or dinner. During winters, Sarasota, Florida, where my wife and I go to escape the snow, also has its share of writers, many of whom belong to the Liars Club, where we have weekly lunches and play a devilish version of liar’s poker.

Conferences are a big part of the publishing industry today. What are some of your favorite conferences and are there any you consider “can’t miss”?

I usually go to Edgars and Bouchercon, and have begun attending ITW conferences. In the age of Facebook and Twitter, I’m not sure if there are as many “can’t miss” conferences as there used to be, but those three are important to a mystery writer, a thriller writer in particular.

You’ve been a prolific short story writer your whole career, and have said that your shorts eventually led to your earliest novels. Do you still have an itch to write in the short form?

I do, and seem to publish at least a couple per year in anthologies. There are a lot of good story concepts out there that won’t support a novel but are perfect for short stories.

Where do you see the market for short thriller/crime fiction today?

It’s in trouble, and has been since I’ve been writing. Like a lot of mystery writers, I owe an immense debt to Ellery Queen Mystery Magazine and Alfred Hitchcock Mystery Magazine, who for years have been the keepers of the flame. I would like to think there is enough appetite for short fiction to keep the form alive, wherever technology is taking the market. And I hope EQMM/AHMM prove to be immortal. They show every sign.

Aside from writing, what’s your passion these days?

My passion is still writing. A compulsion, possibly unhealthy, to put words on paper and impose some kind of narrative on a random world.

Some of your reviewers think you have an issue with women. Why do you think they’d say that?

Well, I’m writing about serial killers who are mostly men who kill mostly women in mostly ghastly fashion. On the other hand, I’m not afraid to be out after sundown with Charlaine Harris or Laurel Hamilton. I don’t think I am…

What’s your take on the Established Author self-publishing, ala Barry Eisler?

A whiff of a future no one has yet figured out.

What’s next for John Lutz?

I’m contracted to do more Quinn novels. I think that within the serial killer investigation framework there are many stories yet to be told.

John Lutz is the author of the Frank Quinn series, as well as the Carver and Nudger series, and many stand-alone thrillers. He’s published over forty novels and more than 200 short stories. 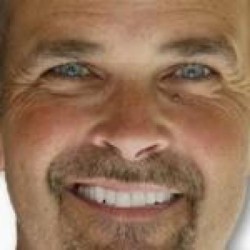 Don Lafferty
Don Lafferty is widely regarded as one of the strongest technical communicators in the publishing business. He focuses on working with clients to craft and execute successful online marketing strategies and continues to lead from the front lines of Web 2.0 Marketing and PR, defining effective strategies and tactics for his clients, enabling them to capitalize on this exploding opportunity to connect with their customers like never before.

Kage: The Shadow by John Donohue