In her latest novel, USA Today and Publishers Weekly bestselling author Debra Webb brings back Dr. Rowan Dupont, the forensic psychiatrist introduced in The Undertaker’s Daughter. THE SECRETS WE BURY finds Rowan back in her hometown of Winchester, Tennessee, recovering from the trauma of her shattering encounter with a serial killer and running the family business, a Victorian-style funeral home she inherited after her father’s death.

“I’ve always been curious about funeral homes and death,” Webb says. “One of the stories my grandmother often told me was about the woman who woke up buried in a wooden coffin. An occasional baby sitter of me and my brother told us the story about a man waking up in the funeral home lying on a gurney beneath a sheet. The story went that he ran out and all the way home wrapped in that sheet.” Whether or not either tale was rooted in fact, they were good stories. “I suppose the inspiration for the book and the series is a fascination with death and the multitude of reasons it happens before it should.”

Webb had just signed the contract for the series when she learned she had a life-threatening aneurysm in her ascending aorta. Because of its small size, it was determined that the risk of open heart surgery was greater than the danger posed by the aneurysm. That, however, is a delicate balance. As the aneurysm grows, the risk of a rupture becomes greater than the risk of surgical correction. She was given medication and rules for how high she could allow her heart rate to go. If she wasn’t careful, she was told, the aneurysm could rupture, and if that happened, the chances of survival were very slim.

It was like having a time bomb in her head.

“It took months for me to come to terms with this news,” she says. “It was terrifying and unsettling. All the while, I was researching how a funeral home operates and the process for preparing a body for burial.” But as she pushed onward, the research and writing of Rowan’s stories became oddly comforting. She was able to come to terms with what she couldn’t control.

Now, a year later, she says, “I’ve found a footing with this new wrinkle in my life. I’m careful. More importantly, I understand how incredibly fortunate I am that this problem was discovered so early. Otherwise I would never have known to take steps to protect myself…I’m a lucky lady.”

Clearly, Webb is determined to let nothing stop her. She has more than 150 novels to her name.

Asked about how she manages to be such a prolific writer, she says, “I wish I could claim some fantastic answer, but I can’t. The stories just come to me in big chunks and I’m never at a loss for a new one. Maybe it’s because I’ve been a storyteller since I was a child. Maybe it’s because of the tragedies in my own life that forced me to look for an outlet. I don’t know. This is just the way it works for me.”

But, of course, there’s more to it than that.

“I write every day, usually around six hours. Sometimes longer,” she says. “I prefer mornings and try to do a scene each day. Coffee gets me in the groove. I fit my day into my writing.”

Her latest offering is a suspenseful read with a compelling protagonist, but more than that, THE SECRETS WE BURY is an exploration of how we deal with death and grief and how we move forward in the face of unspeakable tragedy. Rowan has come home to heal her soul, but the childhood losses of her twin and her mother continue to haunt her, even as she deals with the more recent loss of her father and the increasing evidence that the human monster who destroyed her career, her reputation, and her trust isn’t finished with her yet.

Early in the book, Webb says of Rowan: Death had always been more a part of her life than living. This theme of reconciling the past in order to live in the present is infused throughout the book.

“Rowan’s past is filled with death and darkness,” Webb says, “not necessarily just because she grew up living in a funeral home. The tragedies that struck her life were hard ones and never fully explained…No matter that she seemed to accomplish all that she desired, there were memories and events that lingered, tugged at her, if only in her dreams. Don’t we all have memories like that?”

It’s an experience most of us can relate to, along with another of the book’s observations: childhood memories are not always as they seem.

“Family secrets are sometimes deeper and darker than you suspected,” Webb says. “Time changes the way we see things, especially looking back. But more important, we all see things—even as they are happening—a little differently. I found myself asking relatives and friends about past events just to see how we each remembered things. It’s truly amazing the sometimes subtle, sometimes not so subtle differences. Try this exercise next time you have a large family gathering. You’ll be surprised.”

This glimpse into human psychology makes THE SECRETS WE BURY a memorable read. And Webb isn’t finished with Rowan DuPont yet. The next book in the series, The Lies We Tell, is coming in September, with The Darkness We Hide finishing the series in the spring. In July of 2020, her first major thriller will be published by Thomas & Mercer.

In the meantime, we know what Debra Webb will be doing. She’ll be writing. 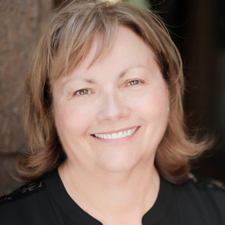 Debra Webb is the USA Today bestselling author of more than 150 novels, including reader favorites the Shades of Death, the Faces of Evil, and the Colby Agency series. She is the recipient of the prestigious Romantic Times Career Achievement Award for Romantic Suspense as well as numerous Reviewers Choice Awards. In 2012 Debra was honored as the first recipient of the esteemed L. A. Banks Warrior Woman Award for her courage, strength, and grace in the face of adversity. Recently Debra was awarded the distinguished Centennial Award for having achieved publication of her 100th novel.