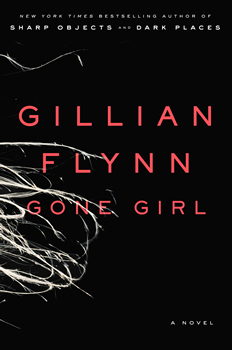 Trends descend on the publishing industry like storms, sometimes forever altering the landscape and creating monumental shifts in the market.

An interesting fad that ITW Executive Director Liz Berry suggests may not be going away anytime soon.

Of course, a title only gets an author so far—it’s what’s between the pages that starts adrenaline-seeking readers’ hearts racing. And statistics show that thriller—with it’s 13 or so sub-genres—continues to carve out a significant chunk of that market.

According to Google trends, searches for “thriller” rose 50 percent in 2017. While some of that may correlate to the film industry—with remakes of iconic movies like Stephen King’s It dominating the big screen in 2018—Nielsen BookScan reported a sales increase in the fiction thrillers category of 19 percent between 2015 and 2017.

For many industry experts, that doesn’t come as a surprise.

“Thrillers, by definition, are escapism,” says Berry. “There’s a suspension of reality that the reader expects and which allows them to immerse themselves in the thrilling aspects of the story. To leave their troubles for a little while and enjoy the ride. And thankfully, that never gets old.”

Bestselling author M.J. Rose concurs, adding that the universal theme of “good versus evil” will always be a draw.

“Thriller readers are adrenaline junkies who need the twists and surprises that are endemic to the genre,” she says. “There’s nothing passive or quiet about our genre. And for people who find thrillers satisfying, nothing else delivers what we crave.”

In 2017, it was suspense. Statistics show that the sub-genre captured 63.3 percent of the genre market, up 19 percent from the previous year. Crime came in second place, with a 13.5 percent spike—though the category only accounted for about 13 percent of the market share overall. Espionage, which experienced a slight lift in 2016, fell flat in 2017, and while “general” thrillers marked a nine percent increase, it was down a whopping 74 percent from 2016.

Of course, true to history, individual titles can make a difference in what’s selling. Dan Brown’s Origin and Ruth Ware’s The Woman in Cabin 10 dominated 2017 bestseller lists in suspense fiction, which may account for the sub-genre’s impressive sales spike.

Indeed, the industry is due for another breakout book. But no one is quite ready to comment on what that might be for 2019.

If Anne Tibbets, Associate Agent at Red Sofa Literary, has her way, it will encompass a cross-section of thriller sub-genres—something that expertly straddles the lines between sci-fi/fantasy, thriller, and horror.

“Please scare me to death and make me afraid of sleeping in the dark,” she says. “I want a thriller in space, in the far future, or in post apocalyptic times. A spy thriller with mages and dragons. I want historical suspense that doesn’t include Nazis. Think Jacqueline the Ripper, who also happens to be a vampire. I’d request that manuscript so fast my head would spin.”

But that isn’t what Tibbets says is currently flooding her inbox—ghosts seem to be the latest fashion.

“Ghosts investigating their own deaths. Ghosts helping investigators figure out who killed them. Ghosts investigating the deaths of other ghosts. I’m surrounded by ghosts,” she says. “Don’t get me wrong, I love them. But if you’re a writer starting a new manuscript and you think to yourself, ‘Gee, I’d really love to write a thriller with ghosts…’ My advice to you would be to resist this temptation and write something else.”

As long as it steers clear of a theme Tibbets feels is long overdone. 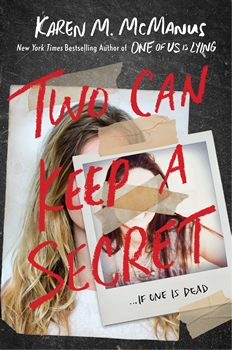 “I will stand on my soapbox and scream into the void until I am hoarse and out of breath how alcoholic and/or drug-addicted men solving the murders of an endless stream of young women is tired, boring, and excruciatingly sexist,” she says.

So where does that leave writers? It’s still anyone’s guess.

What we do know is that pop culture continues to have a ripple effect on the market. Annie Berger, Senior Editor at Sourcebooks suggests that the success of Netflix’s The Haunting of Hill House may result in an uptick of YA horror, and more than 20 years after the premiere of the iconic Buffy the Vampire Slayer, Kiersten White will release Slayer, a YA novel set in Buffy’s infamous world.

Does this mean that this particular undead will rise again in young adult fiction? All signs certainly point to it, but it may not only be vampires that get their time in the sun.

A few months back, Twilight author Stephenie Meyer hinted that she may return to her werewolf characters for a spin-off trilogy, and TV shows like the Charlaine Harris adaptation of her Midnight, Texas series are showing paranormal casts in a new and engaging light.

“I have a feeling we are going to see more paranormal and fantasy making its way back, especially epic fantasy series,” says Jillian Stein, ITW Author Relations Manager and Social Media Manager for 1,001 Dark Nights.

Certainly with Game of Thrones airing its final season in 2019, there’s room in the market. But Stein says she also thinks that the romantic suspense category will continue to grow, with the enemies-to-lovers and protector/bodyguard tropes that were predicted to rise last year continuing an upward climb.

“It’s so hard to tell which book, or books, will capture that lightning-in-a-bottle moment,” says Stein. “But, I do think that the book world is due for another one of those moments and I’m excited to see what the future holds.”

A lot of thrillers, if “most anticipated” lists are to be believed. 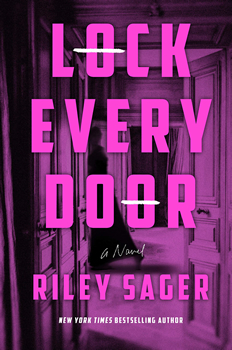 Riley Sager—winner of ITW’s Hardcover Book category in 2018—is set to release Lock Every Door in July; Karen McManus, whose 2016 YA thriller One of us Is Lying hit the bestseller list, will release her follow-up Two Can Keep a Secret this month; and of course, industry staples such as Lee Child, Karin Slaughter, Steve Berry, Sandra Brown, David Baldacci, and dozens more will thrill readers with annual page-turners. But are any of these market-changing reads? It’s perhaps too soon to predict.

On a personal level, Rose would like to see a breakout in the historical sub-category, or “thrillers set in the art world. But I haven’t seen any evidence of any break through trends in our genre right now.”

That doesn’t mean the genre isn’t susceptible to industry-wide changes and trends, such as a marked increase in audiobooks. According to Harper Collins, digital audio accounted for 25 percent of the company’s revenue in the first quarter of 2018. In that same period, Simon & Schuster saw audio book sales rise 43 percent.

“And let’s not forget the explosions of thrillers within the indie market,” says Berry. “There are hundreds of titles being non-traditionally published and these books are finding new readers on a daily basis.”

It’s these kinds of trends—rather than the genre-specific fads—that authors should pay attention to, says Rose, who warns aspiring writers not to get wrapped up in trying to mimic the latest genre darling.

“It takes so long to write a book, sell it, have it published and come to market, the trend you’re tracing could be over,” she says. “But if you’re asking what the author or publisher needs to know about the trends what it comes to figuring out how to discuss the book, do ads, pitch it to reviewers—there it is critical for us to understand the trends so we know what buzzwords and phrases to include and how to tie the book to what’s popular.”

And that’s exactly the kind of wisdom Rose and her fellow instructors—including Stein and Berry—will impart in ITW’s inaugural Online Career School. To learn more about it or to register, go here.

Between the Lines: Taylor Stevens