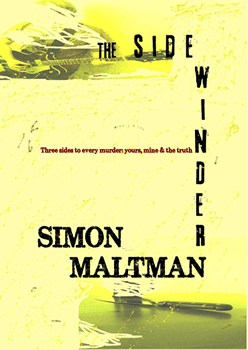 In his new mystery/thriller The Sidewinder, Simon Maltman inserts the murders of two former band members into the lives of the fictitious former nineties rock group, Sidewinder. Although the members have split and now lead separate lives—a politician, a policeman, a journalist, and a session musician—they reunite to investigate who murdered two of them, and why.

Maltman let The Big Thrill pick his brain about his love of music and how THE SIDEWINDER came to be.

You’re a member of the band The Hung Jury. What compelled you to write a mystery about former members of a band? Did you pull any of the story from real life?

I’ve always been in various bands since I was a teenager. Yes, I still play with a few groups now. There are definitely a couple of real-life stories I’ve popped into this book, and I have done that in the past too. I am a big fan of lots of different types of music; music tends to play a big part in my writing. Writing THE SIDEWINDER gave me the chance to have music as a central part.

I had the initial idea for the book in the shower one day—a nineties band where former members are suspiciously dying. The main arc of the story came quickly, actually mostly before I got dried. I then roughly planned-out the story before I started writing.

You inserted a twist toward the beginning of the book instead of at the end. Could you explain why you went this direction?

Yes, that was a conscious choice. I have put twists at the end of books before, but I felt that it has been done a lot. I thought it would be interesting to add a twist near the beginning instead, and I constructed it to put a very different slant and perspective on the story I was telling.

What do you think about the characters in the book, and how do you hope readers will think of them?

That’s interesting to consider. They say to never judge your characters, and I suppose that’s quite hard. Almost all the characters are flawed, some of them unlikable. I like to think anyone can be redeemable in a sense, and the same for my characters. I try to make it realistic—nobody is an out-and-out “goody” or “baddy.”

Would you label THE SIDEWINDER as hard-boiled crime noir? If not, what label would you give it?

That’s a pretty cool label. I like that! There is a real boom with crime fiction in Ireland, especially Northern Ireland, so I would also put it under the genres “Ulster Noir” and “Emerald Noir.”

How did the title come about?

I took the title from an album of the same name by the jazz trumpeter Lee Morgan. He had said he liked the idea of the “sidewinder” kind of “bad guy” who twists and turns; you’re never quite sure who they really are. I thought that fit the story really well, and I also included the playing of the album into the story. I also named the fictional band in the book “Sidewinder.”

How is your life in Ireland depicted in the book?

Minus all the murders anyway! There are actually a lot of my favorite places mentioned in the book. I like mixing some of the plot’s darkness with scenic locations.

Is there a message you’d like readers to take away after reading the book?

I suppose I would most like people to enjoy the mystery and suspense of the story. Hopefully, it will also provoke some questions.

What are three fun facts about you that fans don’t already know? 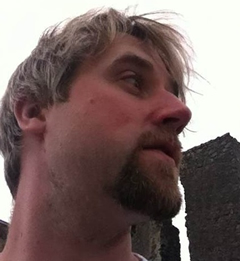 Simon Maltman is an author and musician from Northern Ireland. A Chaser on the Rocks was his critically lauded debut novel, followed by the Amazon Bestselling collection of shorts: More Faces. He is also the author of the hard boiled ‘Bongo Fury’ series and the sequel to his first book, A Kill for the Poet. Simon is an established musician, performing with his current band The Hung Jury. He lives in Northern Ireland with his wife and two daughters.