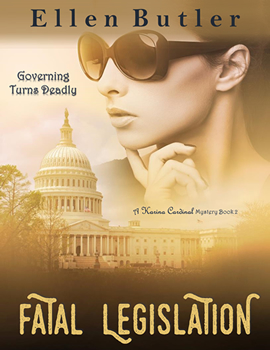 Lawmaking can be a murderous affair.

If any day calls for a soothing glass of wine, it’s today.

One moment, Capitol Hill lobbyist Karina Cardinal is having a heated discussion with Senator Harper, who just torpedoed her latest health care legislation initiative. The next, after a cryptic remark, the senator is dead at her feet. Hours later, she’s still so rattled she wakes to a freezing apartment because she forgot to close her back door. Or did she?

When her boyfriend, FBI cybercrimes expert Mike Finnegan, is suddenly reassigned to work a new case, he’s got bad news and worse news. The bad: the senator’s death was no heart attack—it was assassination by a hacker disabling his pacemaker. Worse: Karina’s a “person of interest.”

Certain that status could change to “suspect” at any moment, Karina begins her own back-channel investigation into who could have wanted the senator dead. Of course, in Washington, that means playing politics and following the money trail. A trail that leads to more murders…and possibly leaving the door open for a killer to change her status to “dead.”

Numbers. As I began writing the novel, I was aware of the size of the pharmaceutical industry. I was also aware that the United States consumer offset industry costs that are regulated by other countries. What surprised me were the sheer numbers of how much the US offset was, and the exponential increase in consumer spending on pharmaceuticals in the past 25 years. I discuss more of this research in the afterword of the book. Additionally, though I only touch on the opioid crisis, my research into the astronomical rise of that class of drugs and the direct role pharmaceutical companies played in the addiction of America was eye-opening, to say the least.

I would like the reader to see beyond the entertainment and fun thrill-ride of action to see the deeper message about how much our country’s leadership, and thus our laws and overall agenda, are not only directly affected by the monetary donations of special interest groups, but also how those laws or lack of laws directly affect individual American consumers. This isn’t just a mystery, it’s also a political thriller, so for those who enjoy Clancy’s Jack Ryan, you may find FATAL LEGISLATION will give you similar satisfaction, just with a little more humor on the menu.

Rosebud…the sled’s name is Rosebud. Just kidding. There is no sled.

I would have to say, writing this particular Karina Cardinal novel, that Tom Clancy, Dan Brown, and Janet Evanovich were distinct influences. Brown’s on-the-go action in his Robert Langdon series influenced my need to give Karina some exciting moments, such as the car chase up interstate 95. Whereas Clancy’s focus on current events (of his day) influenced my own research and story line for Karina. However, it’s Evanovich’s whimsical Stephanie Plum series that influenced my decision to surround Karina with humorous characters and lighter moments in an otherwise dark investigation. It is this combination of action, humor and a realistic storyline that will keep a reader turning the pages on Karina’s latest adventure. 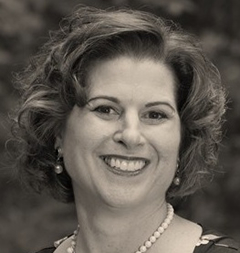 Ellen Butler is the author of Isabella’s Painting, the first Karina Cardinal mystery, and the award-winning historical spy novel, The Brass Compass. She writes critically acclaimed suspense and sassy romance. Ellen holds a Master’s Degree in public administration and policy, and her history includes a long list of writing for dry, but illuminating, professional newsletters and windy papers on public policy. Her experiences living and working in D.C. inspired the Karina Cardinal series.