Taking Your Place in the Land of Giants 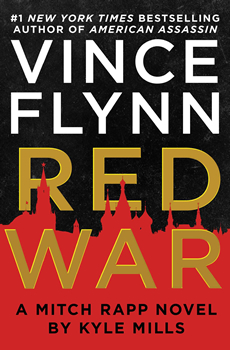 Writers spend the majority of their time inside their own world. Each word that makes it to the page of a first draft is a miracle, a survivor of a filtering process that viciously slaughters poor ideas. Even those words that make the page aren’t safe. They face a long distillation through editors that ensures only the finest make the cut as part of a finished book.

To the reader, authors may seem like poets or magicians, masters of their domain. But they rarely see the carnage — the creative destruction — that is required to bring a great story to life. Because the creative process is a bloody business, for many writers even exposing a draft to someone else is almost an intimate act, an expression of trust.

Letting another person — another writer — inside your world is an even bigger deal. It exposes your soul, your characters, and your finely crafted world to outside influence.

Kyle Mills has stepped into the world of other authors not once, but twice. And none other than two of the biggest stars of the thriller genre — Robert Ludlam and Vince Flynn.

After a decade of writing thrillers published by HarperCollins, Putnam and St Martin’s, Mills penned the first of three novels he contributed to Ludlam’s Covert-One series.

“The offer from the Ludlums came from so far out in left field that I initially turned the job down,” Mills says. “It took a few days for me to become intrigued by the idea of writing in another author’s voice.”

So intrigued, in fact, that the opportunity came up again later, when Mills picked up the torch for the iconic Mitch Rapp series following the untimely passing of Vince Flynn.

“When Vince passed away, I was devastated like the rest of his fans. It never occurred to me that I would be given the opportunity to take over the series,” Mills says. “The idea of
continuing the Rapp series was terrifying because the character is so beloved and so well known by fans.”

Indeed, anyone following in the footsteps of a legend has a tough job ahead of them: Jane Seymour after Anne Boleyn, Lyndon Johnson after John F. Kennedy, Tim Cook after Steve Jobs. The expectations are justifiably huge. Sometimes it succeeds, sometimes it fails spectacularly. At all times, the stakes are high.

So how do you make sure to get it right?

“Getting every nuance right, understanding every dark corner of the Rapp-verse, developing a strong sense of where the character was going and not just where he’d been. It seemed insurmountable at first,” Mills says. “Then I had fans reach out to tell me how excited they were that Vince’s legacy would continue. I’m not sure I’d have made it without their support.”

Mills nailed it and the rest is history.

His new release — RED WAR — is the forth Mitch Rapp novel he’s  added to the series. But he’s no mere stand-in. With glowing praise from Publisher’s Weekly, Booklist, the Associated Press and readers around the world — not to mention countless bestseller credits — Mills has done Flynn’s series justice and taken his own place among the giants.

He respects the gravity of writing in an iconic and much-loved series, but he also recognizes the need to keep moving and to make his own mark. Mills says, “I hope to continue the Mitch Rapp series very much in Vince’s spirit, updating it with new challenges as the threats to the world evolve.”

That last comment, and a growing pile of great books, show he’s no mere caretaker. The political thriller genre was largely built by stories of great power conflict between the Soviet Union and Russia, written by greats like Clancy and le Carre. But with the fall of the Soviet Union and the rise of Islamic terrorism, the genre largely moved on.

Now, it’s back. In RED WAR, Mills has harnessed the renewed interest in Russia’s global machinations to write a brave thriller that balances the best of old and new. Mills throws a much-loved character into a new situation, so Mitch Rapp faces a classic threat with a modern twist.

“It’s the next segment in the life of one of the genre’s most iconic characters,” Mills says. “The goal was to throw challenges at Mitch that he’s never faced before. I wanted readers to see a side of him that Vince never revealed.”

In RED WAR, a critically ill Russian President sparks war with the West and takes out his own countrymen to cling to power. With the United States facing an opponent with nothing to lose, Rapp goes hunting one of the most powerful men in the world. It’s a powerful novel that shows Mills is feeling at home in the series.

“Writing Mitch is always a journey of discovery,” Mills says. “Because he was already such a rich character when I took him over, he constantly surprises me.” 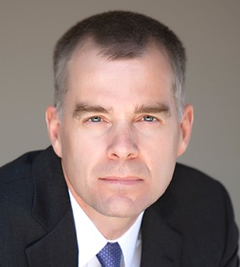 Kyle Mills is the #1 New York Times bestselling author of eighteen political thrillers. He now writes the Mitch Rapp series for the late Vince Flynn and has also contributed books to a series created by Robert Ludlum. Kyle initially found inspiration from his father, the former director of Interpol, and still draws on his contacts in the intelligence community to give his books their realism. Avid outdoor athletes, he and his wife have lived in Jackson Hole, Wyoming, for over twenty years.