The Rugged Glory of Arizona 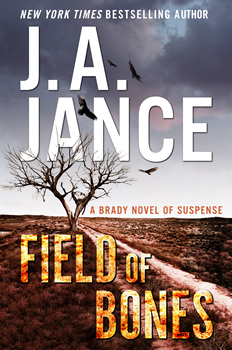 I grew up in southeastern Arizona, and the landscape of that corner of the state figures prominently in my Joanna Brady books.  It’s the home of Tombstone—the “town too tough to die.” One of the few north-flowing rivers in the continental U.S., the San Pedro, flows through Cochise County.

When I was a child, my parents loaded the kids into a nine-passenger station wagon and we went on “Sunday drives,” exploring many of the storied locations that abound nearby—the Wonderland of Rocks where statue-like rocks stand upright like so many fingers; Cochise Stronghold, where Cochise took his band of Apaches to seek shelter as Anglos encroached on their territory; and Fort Huachuca, home of that iconic troop of African-American soldiers known as the Buffalo Soldiers.

In Tombstone we visited Boot Hill Cemetery, which my mother disdained as a “tourist trap,” but we also visited the lonely Ed Schieffelin Monument, a mile or so outside of town, dedicated to the lone prospector who, along with a single mule and a twist of tobacco, braved the Apaches looking for silver ore. He staked the original claims that eventually turned Tombstone into a silver-mining boom town.  Visiting Boot Hill Cemetery was fun, but it was far more sobering to walk through Tombstone’s “real” cemetery where young people from the 1800s—true pioneers—died of things like malaria, typhoid, Apaches, and childbirth, with the women being in their mid-thirties.

Our family camped out at Turkey Creek and Rucker Dam.  We picnicked in Rustler Canyon. We got caught in a flash flood while coming home from a day trip to Skeleton Canyon. My younger brother, Jim, nearly got washed away in swift-flowing water surging down Mule Creek after a summer rainstorm.  We climbed the huge, round boulders of Texas Canyon and came away with the idea that it was a spot where God had decided to sit down and play a game of marbles.

In Cochise County you know where you are by the look of the mountain ranges you can see in the distance—the Huachucas, the Chiricahuas, the Dragoons, the Whetstones, the Mules, and the Peloncillos. And those mountain ranges are separated by vast valleys—the San Pedro Valley, the Sulphur Springs Valley, and the San Bernardino Valley.

Skeleton Canyon is one of those legendary places in the history of the Old West. It’s still rumored to be the location of a cache of gold stolen by Tombstone’s notorious Clanton Gang back when Wyatt Earp stood for local law and order.  Skeleton Canyon is where Geronimo surrendered to the U.S. Cavalry.  The Mormon Battalion traveled through the area, looking for a possible southern railroad route from St. Louis to the West Coast.  And it worked. Eventually the Southern Pacific Railroad followed in their footsteps.

When the Mormon Battalion reached Skeleton Canyon, the terrain was so rugged and steep that they had to dismantle their wagons and ferry them and their livestock across the gap by using a block and tackle.  That group of travelers may have been dubbed “the Mormon Battalion,” and I’m sure there were Mormons in the group, but most of them, rather than being some kind of crazed religious zealots, were actually along for the ride because they were looking for cheap transportation from Missouri to California.

At the time I was growing up in Bisbee, it was considered to be something of a social backwater, but for a time in the booming 1880s it had the only opera house between St. Louis and San Francisco.  It was ground zero for some of the organized labor strife in the early 1900s, including the notorious “Bisbee Deportation of 1917,” when hundreds of striking miners were rounded up in town, taken to the Warren Ballpark, loaded onto a train, and then dropped off in the middle of New Mexico.

Speaking of the Warren Ballpark, it was built in 1909 and is now the oldest continually operating professional baseball stadium in the country. When I was a girl, my dad took me to semi-pro ballgames there when the Copper Kings were still a minor-league team.  At the moment, locals are attempting to raise funds to rebuild the fence surrounding the ballpark.  Since the Warren Ballpark is on the National Register, the fence has to be made of wood to match the original construction.

I attended grade school at Greenway School, named for Jack Greenway, one of Teddy Roosevelt’s Rough Riders who went on to become a copper magnate in Southern Arizona and whose widow, Isabella, served in the United States Congress.  I attended one semester of high school in the “old” school:  the building was situated on a steep hillside known as “School Hill.” Because of the lay of the land, the building had four “ground” floors and ended up finding its way into the Guinness Book of World Records for that very reason. By the second semester of my freshman year, I was on the “new” Bisbee High campus. Even though that school opened in 1959, the names continue to linger—the “old” school and the “new” school.

My family moved from South Dakota to Bisbee in 1949 when I was four years old.  We left the farm at the end of January. I’ve been told it was 28 degrees below zero that day, but I have no remembrance of the cold or of the five days we spent snowbound in Enid, Oklahoma.  My first memory came on the day six weeks later when we moved into the house on Yuma Trail.  That morning I remember hanging on the fence, looking up at a clear blue sky, and feeling the sun all over my body.

I fell in love with Cochise County that day, and 70 years later, I’m still not over it. 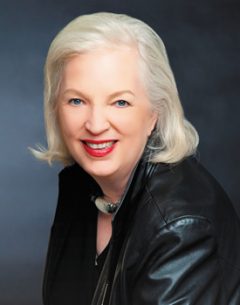 J. A. Jance is the New York Times bestselling author of the J. P. Beaumont series, the Joanna Brady series, the Ali Reynolds series, and five interrelated thrillers about the Walker family, as well as a volume of poetry. Born in South Dakota and brought up in Bisbee, Arizona, Jance lives with her husband in Seattle, Washington, and Tucson, Arizona.

To learn more about J. A. Jance and her work, please visit her website.