Thrills Among the Chaos 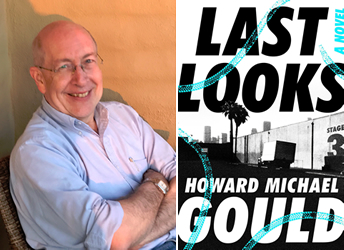 Those are the thoughts of Charlie Waldo, an ex-cop who’s gotten sucked into a Hollywood murder case in Howard Michael Gould’s first novel, LAST LOOKS. A one-time super-cop who spectacularly messed up a triple-murder investigation, he reacted to it all by burning his life down and retreating to the woods, where he lives alone in a tiny cabin and owns exactly 100 possessions – if anything new is added, something else has to go.

Alone, that is, until an old girlfriend and PI named Lorena drives out to recruit his help on a case. A British Shakespearean actor who plays a beloved character on a huge TV drama has been accused of killing his wife. Sure, the guy is a monster off-camera – usually drunk and obnoxious – but this case would jump Lorena to the majors.

Waldo has no trouble turning her down flat, but somehow…there he is, plunged into a galaxy of egos, of actors, lawyers, network presidents, rappers, exercise gurus, drug dealers, and crooked police. And that’s just the first day.

It’s a world the author knows well. After five years on Madison Avenue, he went west and found himself in the midst of it all as a TV and movie writer/producer/director for nearly 30 years, and he is very frank about the ups and downs of that life. On his website, his bio ticks off some of the show names, including Cybill, the Jeff Foxworthy Show, and Instant Mom, but click another tab and you find his “alt bio,” which begins this way:

“Howard Michael Gould is painfully aware that his IMDB page is comically thin for a writer-producer-director with such a long career in television and film, and contains very little which has found a permanent or lasting place in the culture.”

What does he mean by that? “It’s a weird business,” he said to me. “This was more true during the Nineties and Aughts than it is now, but you could make a really good living doing TV pilots and studio movie gigs–rewrites, production polishes, adaptations, etc.–while going for years without getting your name on a movie or getting a series on the air. If they kept liking what you delivered, you could stay in demand for a surprisingly long time that way. I used to joke that my career was like a science experiment, trying to test how far you could push the distance between regard and actual credits.

“Looking back, I know I exacerbated the problem with choices I made. The industry naturally wants to pigeonhole people, which makes some sense. Plus, people generally want to keep doing what they’re good at and getting well paid for. Most sitcom guys remained sitcom guys for as long as there were sitcom jobs. But I’ve had a habit of, as soon as I’ve developed some proficiency or found some success, feeling like, okay, I’ve done this, let me try something else now. So not long after I established myself as a showrunner and was in pretty high demand doing that, I wrote a play, and right away Mike Nichols wanted to direct it [Nichols’ involvement fell through on schedule conflicts, but the play did indeed get both produced and published], which jumped me into features, and I stepped away cold from my TV career. And then I chose the most interesting screenplay assignments instead of the ones most likely to get made, and then I took less writing work while I tried to focus on launching myself as a director, and so on.

“So sometimes I feel down about that IMDB page, but the wonderful thing is that, by constantly challenging myself, along the way I’ve gotten a chance to do damn near everything.

“And now a novel. This actually was first conceived as a one-hour TV pitch, but I ended up writing it as a feature instead. It kept attracting actors and/or directors who’d fall out before we could get it into production. It was killing me. I started to think that part of the problem was that private-eye movies are rarely made anymore. But they still publish a lot of detective books.

The thing was, I hadn’t written a sentence of prose fiction since I was a teenager. But I thought maybe, since I already had the story and the characters and a lot of the scenes, it would be like writing a novel with training wheels. I actually had so little confidence that I wrote the first draft with a pseudonym on the title page, so that if it came out lousy, nobody in TV or movies would hold it against me.”

How much of what he put in LAST LOOK is true? He prefers not to answer directly, but he does note in his “alt bio” that he joined Cybill “amidst the chaos related to the departure of series creator Chuck Lorre in season two” and himself left the series “amidst fresh chaos early in season three.”

He’s grateful for it, though. “I never grew so much as a writer as during the 13 months I was running that room–actually, I usually had three rooms going at once–everybody working crazy hours at full capacity to try to keep one step ahead of the chaos, and craft scripts that not only satisfied the various people barraging us with notes, but that lived up to our standards. Usually what happens on a show like that is the writers just start trying to please the people outside the room and go home and get some sleep. But that group – you’d be amazed at how hard we pushed ourselves, and each other. [The show went on to win the Golden Globe for best comedy series that year.] Perversely exciting, and in some ways that’s the year that made me as a writer.”

He’s grateful, too, for a show that snuck in under the radar: “Instant Mom was the first sitcom I’d done in 15 years at that point, and turned out to be the surprise delight of my working life. We were working in this obscure corner of the entertainment universe – making a comedy aimed at adults on Nickelodeon – so it felt like nobody in the industry even knew we were there. We made them at a breakneck pace, 64 episodes in 26 months, I think. I’m so proud of that show, the level of comedy and the consistency. Tia Mowry [its star] is a marvel, walking sunshine, one of the most delightful human beings you’ll ever meet, and I just loved that cast and crew and writing staff. It’s never that much fun, never, and the best thing was that most of us had been around long enough to appreciate how special it was, even while it was happening.”

He cannot, however, say the same about his passion project–a movie he wrote and directed called The Six Wives of Henry Lefay. “It was a debacle. I basically bet my entire career on one project. Great cast, and the shooting days were a blast. But on the financing side, I got involved with a bunch of knaves and fools who actively sabotaged the movie. They all ended up suing each other and fighting over the edit, so it dragged through a second year, and then as part of their legal settlement, someone’s last incompetent cut– with the scenes re-arranged into the wrong order–got dumped to video, back before video was cool. With my name on it, of course. 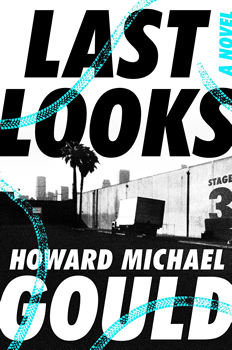 “To make it all worse, this happened right around the time of the economic crash and the collapse of the studio feature film business, so it pretty much buried my career for a few years after the two I’d already wasted. That wasn’t fun.”

Has any of that experience made him wary about his new world of book publishing?

“I came into this without any idea what to expect. So far, it’s been first-rate in every way. But now we get to the hard part, right? The book’s finally coming out and we get to see how it’s received. I imagine that’ll determine how the business treats me going forward.

“I’ve been insanely fortunate so far in the book world. I signed with the first agent I sent the book to and he said he thought he’d probably get multiple offers in the first volley of submissions, and he did. That allowed me to choose the editor I felt best about, and the experience with her, and then with the rest of the company, has been all I could have hoped for, and then some. If that’s not karma for thirty years of Hollywood, it’s at least a different level of appreciativeness because of thirty years of Hollywood.”

He’s already got a second Charlie Waldo novel finished, and most of a standalone, too – a comic caper novel closer to Hiaasen or Westlake territory. “Plus, to bring this back to where the interview started, the movie version of LAST LOOKS is gaining steam. The producers have been putting together a package and hope to make an announcement soon.

I just couldn’t end the interview, though, without asking him about one of the most distinctive elements of the book: Waldo’s obsession with One Hundred Things. Where did that come from?

“About 10 years ago, I saw an animated video called The Story of Stuff, about how we’re depleting the planet in service of a planned consumerism in a sort of vicious, endless cycle. It really got under my skin, and I got aggressive for a while about shedding my own Things.

“At the time, I happened to be kind of looking for an idea for a TV detective series with some comedy, and I started thinking about what would make a guy not just aggressive about paring down his Things, but obsessive about it. I did a little internet research and found that there were minimalists trying to do the 100, and I knew right away it was a gift that would keep on giving.

“All that said, I wish I were more environmentally rigorous than I am. I’m reasonably conscientious, but if Waldo starts to pick up hard-core environmentalist fans, they’re bound to find me a disappointment. Mostly, on this score, Waldo just gives me one more way to feel bad about myself.”

Judging from the support LAST LOOKS has gotten, though, from such writers as Harlen Coben, William Kent Krueger, Meg Gardiner, Nick Petrie, and Gregg Hurwitz, I suspect Gould won’t be feeling bad about himself for long. Readers will definitely want to know where Charlie Waldo – and Gould – go from here.

Howard Michael Gould began his career on Madison Avenue before moving to Los Angeles, where he has worked as a screenwriter and playwright as well as executive producer and head writer on a number of network comedies. LAST LOOKS is his first novel.

To learn more about Howard and his body of work, please visit his website.