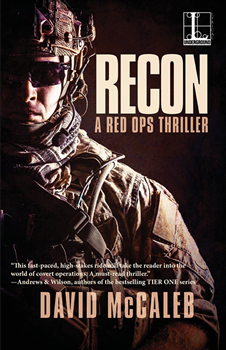 The assault on America begins with an attack on Red Harmon’s family . . .

Trained to endure extreme danger and survive impossible odds, elite military operator Red Harmon has battled our nation’s enemies for years. While in the Rocky Mountains for R&R, his family is violently attacked by an international squad of assassins. No ordinary wet-team, this group is only the vanguard of a power play threatening national security.

Red and his young daughter escape a brutal firefight, but are separated from his wife. Evading though the woodlands, stripped of his unit’s support, Red puts his survival skills to the test all the way from Pikes Peak National Forest to Israel’s West Bank. He must defend his country, protect his family, and identify the unthinkable forces that are willing to slaughter anyone in their path.

International bestselling author David McCaleb sat down with The Big Thrill to discuss the latest installment in his Red Ops series, RECON:

A sense of the humanity of military operators. These extraordinary men and women possess ambitions and fears just like most of us. They value hard work, service, sacrifice, freedom, and family. However, they are fallible, limited, and bleed like mortals.

RECON is an intimate look at Red Harmon, a military operator, and what happens when he is stripped of his operational support and dropped into Rocky Mountain National Forest, chased by a wet team, with a bullet in his ass, all the time evading the enemy and trying to protect his ten-year-old daughter. Allegiance to national security verses family is a continued theme, as is the strength of family ties.

In this book, I wrote a few chapters from the POV of Red’s young daughter. I was surprised at how much I enjoyed showing the reader her perspective on the situation and her father’s actions. She develops and matures through the novel, and ultimately becomes an integral part of the final solution. Many of my editors/reviewers indicated she became their favorite character of the book!

I introduced a character named Lam, short for Lambert, who drives a tricked-out rock-crawling Jeep pickup. Though a bigoted redneck, he’s got a huge heart and plays an integral part in Red’s rescue. I relished writing from his POV as I used to be a motorhead myself. Growing up in rural Virginia, I didn’t have to search anywhere but my youthful memories to develop this on paper. I even used to own a similar vehicle.

Lenore Hart and David Poyer are undoubtedly the most influential, as they lead our weekly AA meetings (Author’s Anonymous). This is a writing workshop where each week our work is read aloud, criticized, and edited. They’ve taught me more about craft than I could imagine. 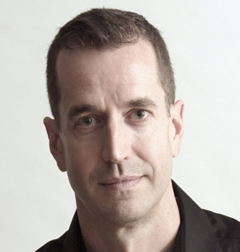 David McCaleb is the internationally bestselling author of the Red Ops thriller series. He was raised on a rural farm on the Eastern Shore of Virginia, attended Valley Forge Military College, graduated from the United States Air Force Academy, and served his country as a finance officer. His mottled past includes founding a bullet manufacturing operation, patenting his own invention, and establishing several businesses. He returned to the Eastern Shore, where he currently resides with his wife and two children. Though he enjoys drawing, painting, and any project involving the work of hands, his chosen tool is the pen.