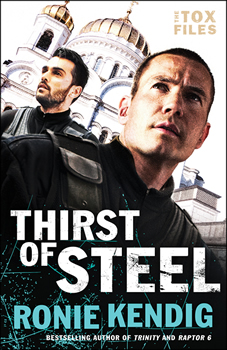 Dismantled centuries ago, the sword of Goliath is still rumored to thirst for the blood of its enemies.

Cole “Tox” Russell wants only to put the dangers of his past behind him and begin a new life with Haven Cortes. But the deadly Arrow & Flame Order intends to reassemble and use the sword of Goliath. Tox, Ram Khalon, and the Wraith team must neutralize the sword and destroy the AFO—or join them in the flames.

Ronie Kendig is an award-winning, bestselling author of more than 20 titles. She grew up an army brat, and now she and her army-veteran husband live a short train ride from New York City with their children and retired military working dog.

I had the opportunity to catch up with Kendig the other day and ask her a few questions for The Big Thrill.

What do your hope readers will take away from this book?

I hope readers see that friendships are the mortar that cements life, even for those who are immersed in the protection of a country or city. And the roles they take on have risks and costs—nobody walks away unaffected, whether out in the field or at home.

I feel like I’m cheating, but yeah—the event in the Bible, where David kills his giant, inspired this story in part. But that’s been the fun of writing this series, taking Biblical events, putting twists on them and showing how artifacts from the Bronze Age might affect present day.

Part of the research for this novel involved learning a bit about gaming/coding, and how that structure is similar to DNA/genetics coding, which allows the system to learn and provide a new, immersive world for gamers with each new identity assumed. So fascinating!

No spoiler, but what can you tell us about the book that we won’t find in the jacket copy or the PR materials?

A confession. I did something in the first draft of THIRST OF STEEL that 1.) I didn’t realize I was doing, and 2.) I always teach new authors to never do—I protected a character.

You know how it is. You get comfortable, you grow to really like a character. Start looking out for them, giving them cool scenes, awesome quirks and quips. Warn them to avoid that concrete bunker if they want to live . . .

Thankfully, I had a killer editor, who helped me see the truth, and planted the suggestion that maybe it was time for someone to die (um, not me…).

Over the last six to eight years, my reading and writing have been strongly influenced by thriller writers David Baldacci and James Rollins, who show that you can have a compelling story with riveting characters that are flawed but respectable, and that a story doesn’t have to be raunchy, graphic, or gratuitous to be thrilling and satisfying.

With the success of the Tox Files (the first two books previously released both won an RT Reviewers Choice Award), I’m thrilled to follow up this series with a new one, centered around the enigmatic mention in the Bible about the “Book of the Wars of the Lord,” where a new paramilitary team will take on wars that haven’t even happened yet.

When I’m not in the trenches with my characters, teaching, or speaking, I love doing crafts, especially handmade cards to reach out and let people know someone cares. Beyond that, my favorite times are spent with my two dogs, a retired military working dog named VVolt and our English Cream Golden Retriever puppy, Benning, named after the base where my husband did basic training. 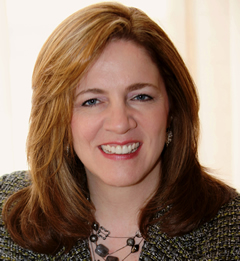 Ronie Kendig is an award-winning, bestselling author of over twenty titles. She grew up an army brat, and now she and her army-veteran husband live a short train ride from New York City with their children and retired military working dog.