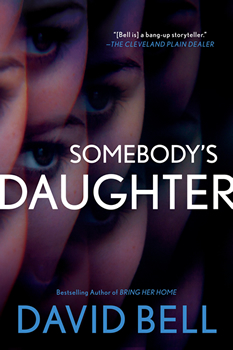 Academia isn’t known for its acceptance of genre writers. We’re all familiar with the stereotype of staid professors at a faculty party looking with disdain at the lowly thriller or romance author. But David Bell, bestselling thriller writer and associate professor of English at Western Kentucky University, has received only support from his colleagues. He knows some people categorize genre fiction as lesser, but the line between literary and genre fiction is often thin. “I understood that there is that difference,” he acknowledges, “but I never got too hung up on it.”

Bell’s father helped shape his eclectic literary tastes. He recalls, “My dad read all the time when I was growing up, and he read a lot of popular fiction. He read Westerns, he read mystery novels, he read spy novels, and so I was always interested in that. When I graduated from college and had more time to read on my own, I started reading more and more mystery writers and thrillers. There was a time not long after college when I read just a ton of Elmore Leonard books and Robert B. Parker and people like that, so I never thought you had to choose between the two. I think sometimes these differentiations between what is literary and what is genre are artificial, and I think it’s probably harmful more than anything else.”

Bell is both the director of the university’s MFA program in creative writing and the author of eight novels from Berkley/Penguin. His work has been translated into numerous foreign languages, and his 2011 novel Cemetery Girl won the prestigious Prix Polar International de Cognac for best crime novel by an international author. Asked how he balances his work at the university with his life as a bestselling novelist, he says, “I like to teach. And honestly, I’m not sure I could be doing this if I had a different kind of job. I mean, I’m expected to publish—publish or perish, and all that—so there’s time for writing built into my schedule. It’s really ideal.”

You’ve said you think every book should be a page-turner, and that’s clear from your chapter breaks, the different points of view, and the way you cut from one storyline to the next. Does that naturally occur to you, or do you go back later and figure out the most effective way to piece it together?

All of the above. I make an outline before I write the book. It’s not a point-by-point outline, but it’s a summary of everything that happens. That gives me the roadmap, the skeleton of the book. I want to have the shorter chapters because I think that makes the book feel like it’s moving faster.

In [SOMEBODY’S DAUGHTER], there are three points of view, so there are three characters we’re following. One thing I love as a reader is when a writer takes you up to a certain point with one point of view and cuts the story off right when you’re interested in what’s happening and then goes to another storyline. As a reader, you’re thinking, “No, I want to continue with that,” but then you get hooked on the next one, and on and on.

I’m trying to do that as a writer because I love that as a reader. Part of it is just instinct as I’m writing to say, “Okay, here’s the point to break the chapter with this question hanging in the air. … Of course, I end up going back and moving some things around and cutting things that are unnecessary just to make the book move as fast as possible because I think that’s what people who read a thriller want.

But you can’t have 80 chapters with a big, shocking twist in every chapter. There have to be smaller revelations that build to the big revelations.

What inspired this particular book?

A number of things. The big one is thinking about this idea of “starter marriages”—the idea that people get married in their 20s and get divorced pretty quickly, and then you go on and marry someone else. When you break up with someone and there are no children involved, we like to think it’s a clean break. You say, “Here’s your sweater, and here’s CDs you lent me, and see you later, good luck with your life.” But in SOMEBODY’S DAUGHTER, my character, Michael, thought he had left his ex-wife 10 years in the past, but she shows up on his doorstep and says, “You thought I was out of your life, but there’s something that is connecting us that you didn’t know about. We have a child together, and that child is missing, and you need to help me find this missing child.” So that was really the genesis of it.

You gave Michael an extra complication. Could you tell us a little about that?

Right. He and his current wife, Angela, are struggling to have a child. So what’s it like if he might have this child with his ex-wife and he can’t have a child with his current wife? Then there’s this child who he didn’t know for 10 years so he’s missed out on all the stuff in her life. He hasn’t been able to give financial support, he hasn’t gotten to know her. This is just turning your life completely upside down and shaking all the pieces loose and seeing what comes up.

Yes, and Michael really wanted to be a father. You play that sense of loss and a desire for parenthood throughout the book, not only with him and Angela but with Erica, his ex, and also with the detective, Griffin. Did you have the plot first and then go back and add all the emotional complexity, or did it come all of a piece?

It starts with just that initial idea. Then as I’m making the outline and writing the book, those emotional components start to come to the surface. I don’t think Detective Griffin was even in the outline. She just kind of appeared in the book as one of the point-of-view characters. She shouldn’t be emotionally invested in what’s happening between these people because she’s just a cop investigating this girl’s disappearance, but she can’t help it, given her emotional tie to the case. She’s recently divorced and had had a miscarriage, and so now she’s thinking about parenthood and childhood and marriage and being alone, even as she’s trying to be a dispassionate detective investigating a potential crime. So, yeah, a lot of those emotional layers start to come to the surface as I write, as I start to see where other characters can fit the emotional complexities of the story as well.

Okay, imagine you could be a literary Obi-Wan or Yoda for a little while. What advice would you give to aspiring writers?

The first thing I would say is, you have to write what you want to write. I think it’s really tempting for writers to see a trend and to say, “Well, I’m gonna try to chase that trend.” If, say, you know serial killers with switchblades have become the trend, you say, “I’m going to write a book about a serial killer with a switchblade,” but publishing moves in such a way that by the time you’re writing that book and trying to get it published, chances are the trend has moved on and they’re looking for serial killers with chainsaws or whatever. So you have to really just try to write what you are interested in writing and what you think is original and unique, not what you think other people want to read and not what you think the trend is.

I would also recommend networking. Go to conferences. If you want to write mysteries, go to Thrillerfest or Bouchercon or Killer Nashville if you can. Or just go see writers. If you live in a place where writers come through and do book signings or talks, go meet them. Talk to that person and make a connection. You never know, they might have advice for you. They might be able to recommend an agent. They might give you a blurb someday.

Networking is important in person and online. Social media has given people access to writers and agents and editors and reviewers that you wouldn’t have had 10 or 20 years ago. [Back then], if you wanted to get in touch with somebody, you might have had to write them a letter, and Lord knows if that person’s ever going to see it. But now there are many writers and agents and editors on Twitter or Facebook, and you can directly interact with them. Obviously, you don’t want to tweet to an agent 50 times a day, hey do you want to read my book, but there are ways to naturally connect with people and learn about the business. Agents get on Twitter and say, “Hey, I’m looking for such-and-such manuscripts right now.”

What an amazing thing that you can get that almost instant information from an agent. Some agent says, “I’m looking for a mystery novel with a female protagonist,” and you’re like, boom, “Hey, I’m gonna send mine in.” That kind of networking and connecting and being aware of what’s going on in the business can really help a writer who’s trying to make it or trying to start a career.

David, thank you. That’s golden advice. Before we wrap up the interview, is there anything you would like to add?

I love hearing from readers online, so find me on Facebook, Twitter, Instagram, wherever, and if you read one of my books and you have a question or something, just fire away and I’m happy to hear from you and talk to you and maybe see you somewhere when I’m out doing a book signing or at a conference. Just check out my website and see the events where I’m going to be. And if a book club reads my books, even if you’re far away, I will FaceTime or Skype with the book club and we can talk about any one of my books. Doesn’t have to be SOMEBODY’S DAUGHTER. If you’re in a book club that’s drinking wine, I will drink a beer while I’m on FaceTime with you and we will connect in spirit over the distances. 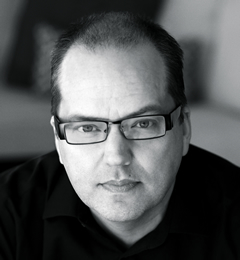 David Bell is a bestselling and award-winning author whose work has been translated into multiple foreign languages. He’s currently an associate professor of English at Western Kentucky University in Bowling Green, Kentucky, where he directs the MFA program. He received an MA in creative writing from Miami University in Oxford, Ohio, and a PhD in American literature and creative writing from the University of Cincinnati. His previous novels are Bring Her Home, Since She Went Away, Somebody I Used to Know, The Forgotten Girl, Never Come Back, The Hiding Place, and Cemetery Girl.