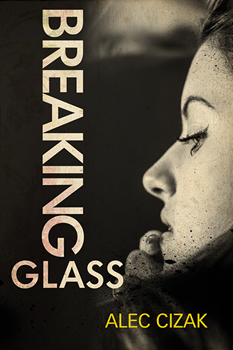 It’s summer, 2016. Chelsea Farmer has awoken from one nightmare into another. Once a call girl with no control over her life, she’s lost even more control, becoming another statistic in the opioid epidemic eating America from the inside out. Shacking up with a woman she may or may not be in love with, and three men unaware of just how useless they’ve become, she participates in home invasions to steal material goods that can be traded for pills or, even better, heroin. In between hits, the gang finds other ways to scrape together money, such as getting paid to march in a protest-turned-riot against presidential candidate Donald Trump. As the habit increases, calling for more crimes to feed it, the boys get increasingly violent with the victims of their home invasions. How long will it be before they actually kill a homeowner who refuses to cooperate? Chelsea must decide whether or not she’s willing to hang around and find out.

Alec Cizak, author of BREAKING GLASS, sat down with The Big Thrill to discuss his latest novel:

I want readers of this book to appreciate the fact that empowerment comes through the actions of an individual, not a collective, or a mob.

The protagonist in this book is a woman who is neither a meek little victim nor a butt-whooping cyborg in a bikini; she’s very real and, I think, very different from female characters I’ve read in other books.

I think I’m not as afraid of writing emotional scenes after writing this book.

While writing the first draft, I listened to a lot of lectures by Camille Paglia, and her approach to feminism, I think, informs quite a bit of the book as a result. 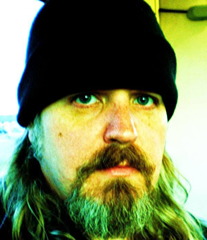 Alec Cizak is a writer and filmmaker from Indiana. He is the author of Between Juarez and El Paso, Manifesto Destination, and a collection of short stories titled Crooked Roads. His most recent novella, Down on the Street, was published by ABC Group Documentation. He is also the editor of the fiction journal Pulp Modern.