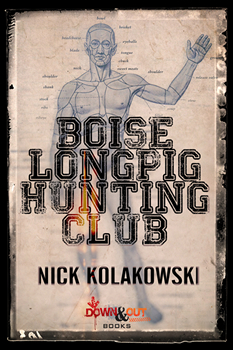 When you want someone found, you call bounty hunter Jake Halligan. He’s smart, tough, and best of all, careful on the job. But none of those skills seem to help him when a shadowy group starts taking his life apart piece by piece.

First Jake comes home to find a dead body in his gun safe. He thinks it’s a warning—and when you drag people back to jail for a living, the list of people who want to send that kind of message is very long indeed. With backup from his sister Frankie, an arms dealer and dapper criminal, Jake plunges into the Idaho underworld, confronting everyone from brutal Aryan assassins to cops who want his whole family in jail.

But as Jake soon discovers, those threats are small-time compared to the group that’s really after him. And nothing—not bounty hunting, not even all his years in Iraq—can prepare him for what’s coming next. Jake’s about to become a player in the most dangerous game ever invented…

BOISE LONGPIG HUNTING CLUB is a wild ride into the dark heart of the American dream, where even the most brutal desires can be fulfilled for a price, and nobody is safe from the rich and powerful.

I want the reader to close the book and think that their money and time were well-spent. I want them thrilled, and maybe a little disturbed. I want them to realize just how hard it is to carry a shotgun up and down steep Western hills for hours without pause, pursued by some of the most dangerous people on the planet.

This book follows a long, proud tradition started by Richard Connell’s The Most Dangerous Game. The concept of people hunting other people for sport is a powerful one, and it serves as a particularly strong metaphor for a lot of cultural and political things going on in this country at the moment. I enjoyed the opportunity to leverage national anxiety in the service of the plot.

This book started out as a short story entitled “A Nice Pair of Guns,” which ran in Thuglit, a great magazine that’s sorely missed. After I finished writing (and re-writing, and re-re-writing) that story, I found that I couldn’t put it away mentally. I liked the narrator’s voice. I liked Frankie, his sister, the snarky arms dealer.

That surprised me; usually, when I finish a short story, it’s over for me—a small world contained. But I wanted more of these characters, and so I started writing again. And then something else surprised me: I wasn’t just writing a noir novel, but something that had some Western DNA in it, too. The idea of a Western Noir is pretty pleasing to me.

There’s a political angle to this book. I didn’t want to get too heavy-handed—at the end of the day, this is a thriller, and you want it moving faster than a greased rocket—but there is a lot of subtext here about the divisiveness of our politics, and the anger toward the 1 Percent. In a lot of ways, this book is about how a particularly sadistic subset of the 1 Percent might work out its frustrations with the rest of the country, in a particularly brutal way.

Stephen Hunter was a huge influence on this book. I’ve admired his prose for a long time—his attention to detail, and the leanness of his style. My last few books have been quippy and darkly comic, and I wanted to do something a little grittier and meaner with this one, so I re-read Hunter’s Hot Springs in order to sip some of his spirit.

After I completed the first draft of this book, I read Jordan Harper’s novel She Rides Shotgun, and it threw me into a pit of existential despair—the writing was just that good. He’s a new influence on me, insofar as I aspire to produce something that finely rendered. I don’t think there’s a sentence in his book that hasn’t been carved sharp and clear as a diamond. 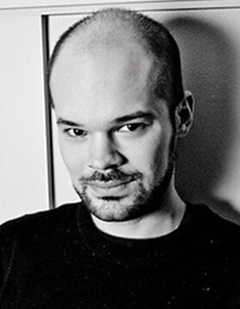 Nick Kolakowski is the author of A Brutal Bunch of Heartbroken Saps and Slaughterhouse Blues. His short crime fiction has appeared in Thuglit, Shotgun Honey, Plots with Guns, and various anthologies. He lives and writes in New York City.