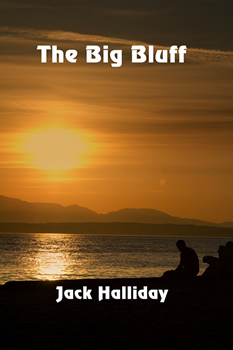 Middle-aged American hypnotherapist Vernon Prescott has just finished a lecture tour of Australia in the quaint Queensland town of Bundaberg.

He awakes on the Bargara, alone, under the bluff, the morning after his last speaking engagement, recovering from a night of too many vodka gimlets and too little sleep. Moments later he is greeted by young Mindy Winthrop, who has sought him out after attending the previous evening’s lecture. After he successfully applies a hypnotic “first aid technique” for a recent trauma, Mindy convinces him to treat her for repressed memories concerning a four-year-old unsolved murder.

Beginning with a round trip to Sydney, the unusual couple are soon thrust into an intimate alliance after being subjected to various methods of intimidation from unknown but powerful persons: members of a cult with roots dating back hundreds of years in the United Kingdom. These individuals will stop at nothing to keep Mindy’s memories of the murder buried.

Award-winning screenwriter and author Jack Halliday spent some time with The Big Thrill discussing his latest novel, THE BIG BLUFF:

I was very surprised to dream of the novel. I had concluded the book as I had planned, with a satisfying “twist” ending.

One evening soon after, I dreamed another, second, “twist” ending. When I looked through the book, I was dumbfounded to see that all the clues were there! I felt it was a better finish than the original, so I used it.

The book was written in a naturally altered state of consciousness (the alpha brain wave state).

The hypnotherapy techniques in the book are true and factual as I am, among other things, an ABH registered hypnotherapist.

I began reading in the mystery genre with Mickey Spillane. This was followed by the works of other masters of the genre like Frederick Brown, James M. Cain, Raymond Chandler, Harry Whittington, etc. I was privileged to have several phone conversations with my hero, Howard Browne, not long before he passed away.

If there were a literary union between Ray Bradbury and Ross Macdonald, I would hope to at least qualify as a “redheaded stepchild.”

Jack Halliday is an author, award-winning screenwriter, multiple contest winner and finalist, and consulting producer. His work has been published in numerous digital and print publications, including Black Cat Mystery Magazine, Hardboiled Magazine and The Horrorzine. His first fiction collection, “Kawanga/Swan Song and Other Mystery Stories,” was published by Wildside Press as their 12 “Mystery Double.” He lives with his wife and son in the Midwest.