Dr. Ben Merrick and his fiancée, Rachel Gardner, can’t get her divorced parents to stay in the same room, much less attend their wedding together.

Added to the stress is that Ben is looking over his shoulder, expecting more trouble from a senior surgeon still smarting from a previous dust-up. Ben doesn’t know if a series of mishaps and accidents are caused by a disgruntled patient’s relatives, or represent more drama from his disgruntled co-worker.

Then, Ben’s prospective father-in-law approaches him, needing money for reasons Ben can’t fathom, and Rachel doesn’t want to accept it. But when the deaths begin, Ben and Rachel begin to wonder if they can escape unscathed…and alive.

The Big Thrill recently caught up with Mabry to learn more about his exciting new tale.

What first drew you to writing medical thrillers?

One of the things a writer is told is to “write what you know.” I was a practicing physician for almost four decades, first as a solo practitioner and later a professor at a prestigious medical school, so I knew medicine. But a novel about a medical practitioner wasn’t enough. I soon realized that the protagonist should have something at stake. After four unsuccessful novels over a four-year period that drew forty rejections, I hit on medical suspense/thrillers as the genre in which I was most comfortable. SURGEON’S CHOICE is my fourth novella, and I’ve also had eleven novels published, so something must be working.

Tell us about your character, Dr. Ben Merrick. What has his journey been like up to this point?

During Dr. Ben Merrick’s training as a general surgeon, he had no time for dating, but that changed when he set up his practice and met a nurse named Rachel Garner. Everything seemed to have turned around for him—growing practice, wonderful fiancée—but along the way he crossed a senior surgeon whose wrath continues to cause problems. Then Ben’s father-in-law-to-be hits him up for money. And just when he thought it couldn’t get worse, the deaths start.

An expert author/teacher told me once that the protagonist should face death in one of three forms: physical, emotional, or professional. If the reader doesn’t empathize with the major character, and there’s no risk involved, the book will stay on the shelf, unbought and unread. Therefore, I strive to create a sympathetic (but not necessarily perfect) main character who grows while facing a problem that can rob him/her of their “life” (in one of the forms I’ve mentioned).

My family, like most of those in America, has been touched in some way by the current opioid epidemic. Without being “preachy,” this novella talks about how pervasive it is, and how it can affect each of us in some way or other.

Although it’s “onspirational fiction,” this novella gets its message across through the characters and how they react. Because it’s a novella, and thus a quicker read, I hope it will paint a picture that stays with the reader long after they have closed the book. 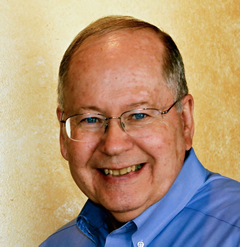 Dr. Richard Mabry is a retired physician, now writing “medical mystery with heart.” His novels have garnered critical acclaim and been finalists for ACFW’s Carol Award, both the Romantic Times’ Inspirational Book of the Year and Reviewer’s Choice Awards, the Inspirational Readers Choice, and the Selah Award. He is a member of the American Christian Fiction Writers, the International Thriller Writers, the Faith-Hope-Love chapter of the Romance Writers of America, the Christian Authors Network, and Novelists Inc.

He and his wife live in north Texas, where he writes, works on being the world’s greatest grandfather, and strives to improve his golf game.