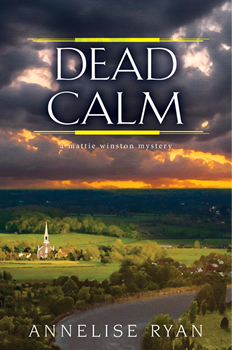 As deputy medical examiner and homicide detective respectively, the couple are dispatched to a grisly crime scene at the Grizzly Motel, a seedy joint for illicit liaisons on the outskirts of Sorenson, Wisconsin. A man and woman are found dead next to each other in bed in what initially appears to be a grim but straightforward murder-suicide. An affair gone sour?

But as the forensic evidence is gathered and autopsies are performed, Mattie and Hurley realize the scene has been staged. They have a double murder on their hands. The spurned spouses of both victims top the list of suspects, but as more is revealed, the case becomes increasingly complex. Dividing their time and resources between the double homicide and an ongoing investigation involving Mattie’s father, as well as caring for their toddler Matthew and Hurley’s teenaged daughter Emily, the two are stretched to their limits.

After another victim turns up dead, there’s no room for error as Mattie and Hurley stage a scene of their own to back the killer into a corner…

The Big Thrill caught up to author Annelise Ryan to discuss her mystery, DEAD CALM:

In addition to two well-crafted mysteries, readers will learn a lot more about Mattie Winston’s childhood and her current-day efforts to balance all the demands of marriage, motherhood, and a demanding career.

The author’s knowledge of medicine makes for accurate and detailed forensic clues that blend well with a strong comedic voice to create a unique mystery experience.

One of the characters, originally intended to be a minor one, assumed a much larger importance by the end of the story and became a key element in the resolution.

One of the mysteries facing Mattie and Hurley involves a sweet but heart-wrenching story that will touch readers’ emotions.

My love of mysteries (always with a touch of romance) evolved out of my childhood fascination with Gothic romances written by the likes of Mary Stewart, Victoria Holt, and Phyllis Whitney. As an adult, I leaned more toward horror, and thrillers of all types. As long as there is a puzzle to be solved, and interesting characters, I’m engaged and enjoying it. 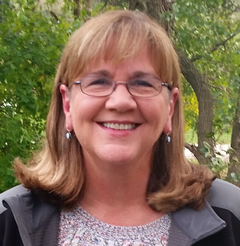 USA Today bestselling author Annelise Ryan is the pseudonym for the author of the Mattie Winston Mysteries and another mystery series. She has written more than 200 published articles, worked as a book reviewer for Barnes & Noble, and is an active member of Mystery Writers of America and International Thriller Writers. She currently works as a registered nurse in an ER.