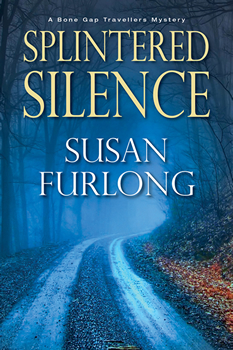 Among the Irish Travellers living in the Appalachian Mountains of Tennessee, no one forgets and no one forgives. And as former Marine MP Brynn Callahan finds out when she returns home, it’s hard to bury the past when bodies keep turning up . . .

After an IED explosion abruptly ends her tour of duty, Brynn arrives stateside with PTSD and her canine partner, Wilco—both of them bearing the scars of battle. With a mix of affection, curiosity, and misgivings, she goes back to Bone Gap, Tennessee, and the insular culture she’d hoped to escape by enlisting in the Marine Corps.

Marginalized and wary of outsiders, the Irish Travellers keep to themselves in a secluded mountain community, maintaining an uneasy coexistence with the “settled” townspeople of McCreary. When Wilco’s training as a cadaver dog leads Brynn to discover a body in the woods, the two worlds collide. Soon it’s clear that Brynn and Wilco are in danger—and they’re not the only ones.

After the police identify the dead woman, Brynn is shocked to learn she has a personal connection—and everything she’s been told about her past is called into question.
Forming a reluctant alliance with local sheriff Frank Pusser, Brynn must dig up secrets that not only will rattle her close-knit clan to its core, but may forever change her perception of who she is . . . and put her back in the line of fire.

SPLINTERED SILENCE is several stories woven into one: the plight of a military vet returning home, PTSD and addiction struggles, the human/canine bond, and the prejudices faced by marginalized communities and itinerant workers. I hope that readers learn something about each of these premises, but ultimately, I hope readers will find that SPLINTERED SILENCE is a fascinating and entertaining read.

I love a good mystery, but especially when the characters are well developed and the storyline strikes a nerve with me. I’ve attempted to write a novel with content that readers will remember beyond the mystery and I hope my characters will resonate with them.

I loved researching this book! The subject material intrigued me, but I didn’t realize how much I’d enjoy learning about HRD dogs and handlers or especially how endeared I’d become to several war veterans who I met through personal interviews. I was also surprised at how difficult it was to find information on Irish Travellers. I spent time in Tennessee attempting to research a clan of Travellers residing outside Memphis, but I wasn’t well received. But that’s a whole other story…

SPLINTERED SILENCE explores some of the uglier sides of both military and civilian life as well as the trials experienced by marginalized peoples. It also emphasizes the hope and healing that can be experienced through the human/canine bond.

Every new book I read influences me in some way. I’m currently working my way through Gillian Flynn’s earlier novels and Ruth Ware’s books. Each of their stories has resonated with me. Well written stories help me develop my own skills as a storyteller. 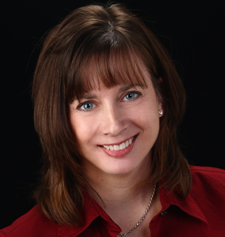 Susan Furlong was introduced to the American Irish Traveller community when a family of Travellers worked on her home. After extensive research, her fascination with this itinerant subculture became the basis for her new suspense series. Susan contributes to the New York Times bestselling Novel Idea Mysteries, under the pen name Lucy Arlington, and is the author of other mysteries as well. Raised in North Dakota, she graduated from Montana State University. She and her family live in central Illinois.