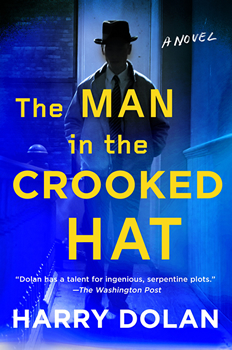 Jack Pellum has spent two years searching for the man who he believes murdered his wife — a man he last saw wearing a peacoat and a fedora. Then a local writer commits suicide, and he leaves a bewildering message that may be the first breadcrumb in a winding trail of unsolved murders: There’s a killer, and he wears a crooked hat.

Michael Underhill’s life is finally coming together. He has a sweet and beautiful girlfriend, and together they’re building their future home. The problem is, Underhill has a past that’s shrouded in darkness, and it’s coming back to haunt him.

These two men are inexorably drawn together in a mystery where nothing can be taken for granted. Filled with devious reversals and razor-sharp tension, THE MAN IN THE CROOKED HAT is a masterwork from “one of America’s best new crime writers” (Lansing State Journal).

The Big Thrill recently caught up with Harry Dolan to discuss his latest mystery, THE MAN IN THE CROOKED HAT:

My three previous books were all part of a series featuring David Loogan, a crime magazine editor and amateur detective. THE MAN IN THE CROOKED HAT is a departure: it’s my first stand-alone novel, and it features Jack Pellum, an ex-cop from Detroit who’s obsessed with finding the man who murdered his wife. I’m hoping readers will find this new protagonist compelling.

Much of the novel is set in Detroit, and I spent a fair amount of time there while I was writing it. I focused on midtown Detroit, in the vicinity of Wayne State University and the Detroit Institute of Arts, where I decided my protagonist would live. I discovered some great locations there that appear in the book, from the Bronx Bar on Second Ave to the West Canfield Historic District, a block of restored Victorian houses where the street is paved with cobblestones.

One of the murder victims in the novel is a teenager who sneaks out at night to take pictures of an abandoned house. I’ve been an amateur photographer since high school, and I remember going out at night to take black and white pictures in the dark. If you use longer exposure times, you can create some very interesting and eerie effects using only the light of the moon or a single streetlamp.

I discovered John Irving when I was a student at Colgate University. He came to campus and read from A Prayer for Owen Meany, which was a work in progress at the time. I still love that book. Donna Tartt is another favorite, especially her first novel, The Secret History. I learned about writing dialogue from reading Gregory Mcdonald and Lawrence Block. I learned about plot twists from reading Jeffery Deaver and Thomas Harris. Harris’ Red Dragon is as close to a perfect thriller as you’re likely to get. 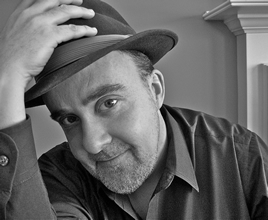 Harry Dolan is the author of the mystery/suspense novels Bad Things Happen (2009), Very Bad Men (2011), and The Last Dead Girl (2014). He graduated from Colgate University, where he majored in philosophy and studied fiction writing with the novelist Frederick Busch. A native of Rome, New York, he now lives in Ann Arbor, Michigan.