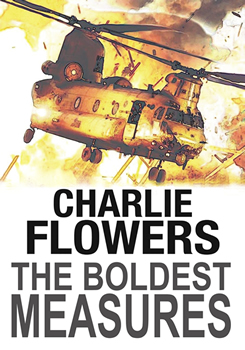 It’s the height of summer and a sweltering weekend in London. Riz and Holly have been tasked with taking a jihadi prisoner to an MI6 facility in Portsmouth for debriefing. So far, so routine.

But after a full-scale bloodbath of a firefight at the Dartford Crossing, they realize that they haven’t got any average prisoner on their hands. This one knows something, and that something has the CIA after them. And worse…

Riz and Holly will have to ditch all their hi-tech gear and use their survival smarts to evade their hunters, as the road trip turns into an epic pursuit across the landscape of southern England, using half-remembered stay behind networks from the Cold War and further back still… and as they dig themselves in and out of trouble on the way to a final showdown in a sleepy market town, they realize that the man they’re escorting may also figure in their history, too…

The Big Thrill had the pleasure of interviewing author Charlie Flowers about his latest novel, THE BOLDEST MEASURES:

Some knowledge of what is only recently coming to light on the Cold War resistance networks set up in the UK; and also, the author hopes that the reader will have had fun following Riz and Holly as they wander across the Sussex countryside.

The research for this book took two years, using material that has only recently come to light regarding security services operations on the British mainland. It had to be written as fiction.

The influences of Richard Adams and Len Deighton loom large in this story. Read it, and you’ll find out why. Enjoy! 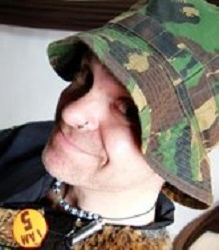 Charlie Flowers is published by Endeavour Press, and is a member of the Crime Writers’ Association and International Thriller Writers.