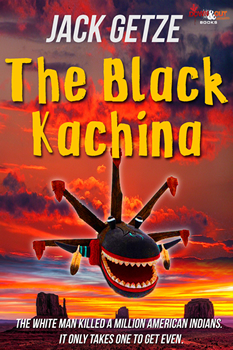 When a top-secret weapon goes missing on Colonel Maggie Black’s watch, her honor and her career are on the line. There were airmen who said the Air Force’s best female combat pilot would never be the same after losing her arm in Iraq, but state-of-the-art prosthetics have made Maggie better than new, and she’s not about to lose what she battled so hard to regain.

But finding her experimental missile won’t be easy—thanks to the revenge-fueled ambitions of Asdrubal Torres, whose hallucinatory encounter with the Great Spirit challenges him to refill Lake Cahuilla, the ancient inland sea that once covered much of southern California. To fulfill his blessed mission, Torres needs wizardry and weaponry, and the Great Spirit provides both: Magic, in the form of a celebrated shaman’s basket returned to the tribal museum by San Diego reporter Jordan Scott; Might, in the form of Maggie Black’s top-secret weapon that falls from the sky.

From that moment, it’s a race against time for Maggie and Jordan, who together must stop Torres from destroying Hoover Dam—and turning the Colorado River into a tsunami that would kill hundreds of thousands and wipe out the Southwest’s water supply. In the final showdown, it’s Maggie who must disarm the stolen missile’s trigger—one-handed or not—and save the day.

Author by Jack Getze took time out of his busy schedule to discuss his latest release, THE BLACK KACHINA, with The Big Thrill:

That Southern California’s water supply is at great risk, the system dependent on the world’s largest gravity dam.

I was surprised to find out how much water could be behind the dam (9 trillion gallons) and how easily Hoover Dam could be destroyed if full.

I am a major fan of Elmore Leonard, not only of his books, but his craft. He knows as well as anyone how to tell a story. 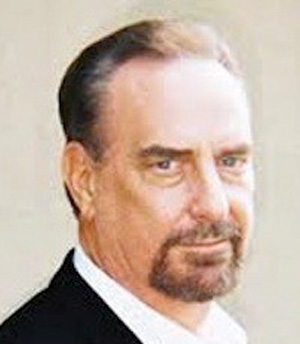 Former Los Angeles Times reporter Jack Getze is Fiction Editor for Anthony nominated Spinetingler Magazine, one of the internet’s oldest websites for noir, crime, and horror short stories. His award-winning Austin Carr mystery series is published by Down & Out Books, including the latest, BIG SHOES, which won Deadly Ink’s David Award for Best Mystery of 2015. His short fiction has appeared in A Twist of Noir, Beat to a Pulp, The Big Adios, and several anthologies.