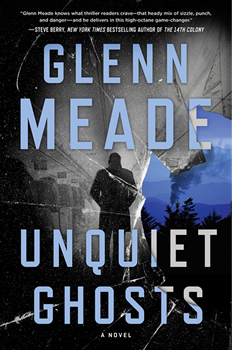 Eight years ago, Kathy Kely’s husband and two children were killed in a plane crash. She has struggled to rebuild her life, but then wreckage of his plane is found in the wilderness of Great Smoky Mountain National Park—hundreds of miles from where it should have been. Evidence suggests that her family survived, but there is no sign of her husband, Jack or the children. Where have they been all this time? Why did they disappear?

As Kathy searches for any clue, the FBI investigation uncovers some unsettling evidence—and she soon learns that others have been looking for the wreckage and its occupants for a long time. Others who are determined to make sure she never finds her family and that they remain dead. Shadowy, powerful people who will kill for a secret her husband was the keeper of.

A secret so powerful it will open a Pandora’s box of bloody revenge—one that reaches back into the past and into the highest echelons of wealth and power, all the way to the White House.

The Big Thrill was lucky to catch author Glenn Meade this month, to discuss his latest thriller, UNQUIET GHOSTS:

As an outsider, an Irishman’s take on the American South.

Over 8 billion dollars went missing during the U.S. led Iraq war. Very real billions in cash and priceless artifacts that vanished into the pockets of powerful American men during the Iraq war, and the extreme lengths some people will go to protect the secrets of what really happened to all that money.

Elmore Leonard, for his humor and plotting. And Ted Allbeury, for his plotting and characterization. 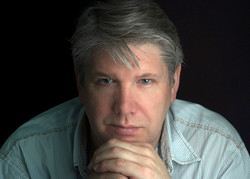 Glenn Meade was born in Dublin, Ireland, where he lives. He travels extensively to research his books. During his free time he travels in the American South, anywhere below the Mason-Dixon line, where he loves the scenery, and the strong sense of faith and respect, garnished with a genteel touch of rebel wackiness.

To learn more about Glenn, please visit his website.