The Detective in Search of Himself 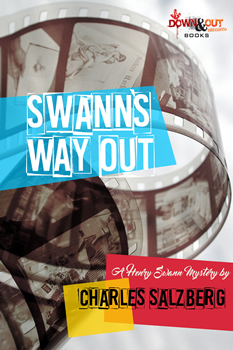 Charles Salzberg doesn’t like pat endings. And he was willing to wait 20 years to prove a point about them.

It all began in a Columbia University master’s degree program, when a teacher said to him, “Don’t you know how to write a plot? You write this psychological Nabokov, Dostoevsky kind of crap.”

Flash-forward to February 2017, and Salzberg is doing a phone interview on the fourth book in his Henry Swann mystery series, SWANN’S WAY OUT, while at Sleuthfest in Boca Raton, Florida. (“I was going to be a cliché and take this call out at the pool but there’s some kind of construction going on.”)  The series following private detective Henry Swann has won devoted fans among readers and fellow authors, with Hank Phillippi Ryan describing Swann as “complex, hilarious and completely charming.” Along the way, Salzberg wrote a standalone, Devil in the Hole, which Publishers’ Weekly called a “smartly constructed crime novel.”

That shows Columbia, right? Yes, but first let’s settle the matter of the two-decade pause button. After going on a binge of Raymond Chandler, Nero Wolfe, Jim Thompson, Ross Macdonald and company, Salzberg wrote “a riff” on the detective story: a beautiful woman goes to see “a skip tracer on the margins of society” and asks him to find her husband. Swann does locate the man, but he’s been murdered in a Times Square hotel. When the police call it a random killing, the widow asks Swann to get to the real truth of who killed her husband.

Salzberg says, “In detective novels the world is very neat; a crime happens, and the world becomes chaotic. Then the detective comes in and puts the world back in order by solving the crime. I said, ‘But what if the world is chaotic?’ ” In that first detective novel, Swann’s Last Song, the murder of the husband is ultimately nothing but a random act. A friend of Salzberg’s called it “an existential crime novel.”

A journalist, Salzberg gave the manuscript to an editor who said, “I really love this, but we can’t publish it. Aficionados will not take kindly to a detective not solving the crime.” Agents said the same thing: Love the writing, hate the ending. “I got stubborn,” Salzberg says. He wouldn’t “solve” the crime.

After 20 years, thinking the climate had changed, he gave the novel to a different book editor, who said, “We’ll publish it, but not with this end.”

Except he didn’t. The paperback version and ebook include Salzberg’s original as an alternative ending. “A lot of readers like the original,” he notes. Swann’s Last Song was nominated for a Shamus Award. (“When I lost, I said, ‘Damn it, I’m going to keep writing until I win something.’ ”)

In the following books, Salzberg has focused on his interests and made use of the knowledge he picked up as a magazine journalist to build plots. For example, Swann Dives In revolves around the rare book world and a priceless first edition of Tender Is the Night.

In SWANN’S WAY OUT, published with a striking cover by new publisher Down & Out Books, the private detective goes to Hollywood to find a large amount of missing money. He’s also part of an effort to break open an elaborate art world scam. Moreover, Swann gets a call about the teenage son he’s not raising. “People would read it, especially women, and they were fascinated by his personal life, his son, and I’d never alluded to him in any of the other books but then I thought maybe if this is the last one I write, I’m going to bring the son in.” (Since then, he’s decided to write another Swann novel.)

A teacher, mentor, and founding member of the New York Writers Workshop, Salzberg shuns outlines. For him, it’s an impossible way to work. He didn’t know who was responsible for the crimes or how the plot would evolve when he sat down to write SWANN’S WAY OUT. “I had no idea, I honestly had no idea. That helps me, for me it keeps it fresh. If I knew, I would rush to the conclusion and it would be too obvious. I work more efficiently if I don’t know what’s going to happen.”

SWANN’S WAY OUT begins with the sentence: “’What am I going to do with the rest of my life?’ I asked no one in particular.” If that sounds like Swann might be confused and depressed, Salzberg cheerfully says yes.

“Swann is someone who finds lost people and lost things,” Salzberg says, “and what he’s really trying to do is find himself.” 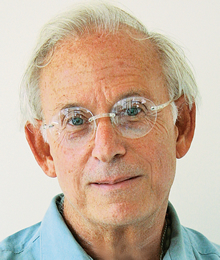 Charles Salzberg is the author of the Shamus nominated Swann’s Last Song, and the sequels Swann Dives In and Swann’s Lake of Despair which was a finalist for two Silver Falchions, the Beverly Hills Book Award and the Indie Excel-lence Award, as well as Devil in the Hole, which was named one of the best crime novels of 2013 by Suspense Magazine. One of his novellas, “Twist of Fate,” is included the collection, Triple Shot. He teaches writing for the New York Writers Workshop, where he is a Founding Member.