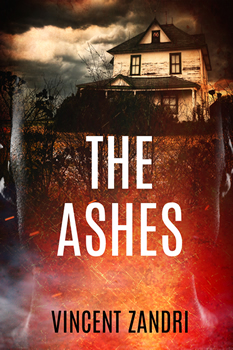 “Don’t go down into the cellar, Mommy…”

HORROR IN THE DARK WOODS
It’s been eight years since artist and single mom, Rebecca Underhill, was abducted and left to die in an old broken down house located in the middle of the dark woods. But even if her abductor, Joseph William Whalen, has since been killed, another more insidious evil is once more out to get her in the form of the Skinner. The son of an abusive butcher, Skinner intends on finishing the job Whalen started.

How will he get to Rebecca?

He’s going to do it through her children, by luring them into the cornfield behind the old farmhouse they live in.

HORROR IN THE DEPTHS
Now, armed with the knowledge that the Skinner has escaped incarceration at a downstate facility for the criminally insane, Rebecca must face the most horrifying challenge of her adult life: Rescuing the children not from a house in the woods, but from the abandoned tunnels that run underneath her property.

But the Skinner is watching Rebecca’s every move.

Horrifying question is: will she live long enough to save the children?

Vincent Zandri recently sat down with The Big Thrill to discuss his latest novel, THE ASHES.

Thrills, spills, and a night without sleep. A great sequel to The Remains.

The novel can be read as a straight horror or as part of a family saga (a trilogy) about a single woman trying to shield her child from the ravages of a serial killer.

That some people choose to stay put at home, even when it would be easier to run away.

The character of the Skinner, the antagonist of THE ASHES, is as brutal and frightening as Hannibal Lector.

Harlan Coben, Don Winslow, Charlie Huston, Blake Crouch and Stephen King—all great thriller writers who know how to find the suspense and horror in any given domestic situation.

“A riveting story..oh, what a story it is: grisly, surprising, and page-turningly suspenseful. A terrific old-school thriller.” — Booklist (starred review)

“Captures readers’ attention from the opening scene…creates a story that is hard to tear away from once a reader is hooked.” — BookPage 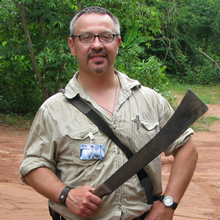 Winner of the 2015 PWA Shamus Award and the 2015 ITW Thriller Award for Best Original Paperback Novel, Vincent Zandri is the New York Times, USA Today, and Amazon Kindle No.1 bestselling author of more than 20 novels including The Remains, Monnlight Weeps, Everything Burns, and Orchard Grove. He is also the author of numerous Amazon bestselling digital shorts, PATHOLOGICAL, TRUE STORIES and MOONLIGHT MAFIA among them. Harlan Coben has described The Innocent (formerly As Catch Can) as “…gritty, fast-paced, lyrical and haunting,” while the New York Post called it “Sensational…Masterful…Brilliant!” Zandri’s list of domestic publishers include Delacorte, Dell, Down & Out Books, Thomas & Mercer and Polis Books, while his foreign publisher is Meme Publishers of Milan and Paris. An MFA in Writing graduate of Vermont College, Zandri’s work is translated in the Dutch, Russian, French, Italian, and Japanese. Recently, Zandri was the subject of a major feature by the New York Times. He has also made appearances on Bloomberg TV and FOX news. In December 2014, Suspense Magazine named Zandri’s, The Shroud Key, as one of the Best Books of 2014. A freelance photo-journalist and the author of the popular “lit blog,” The Vincent Zandri Vox, Zandri has written for Living Ready Magazine, RT, New York Newsday, Hudson Valley Magazine, The Times Union (Albany), Game & Fish Magazine, and many more. He lives in New York and Florence, Italy.