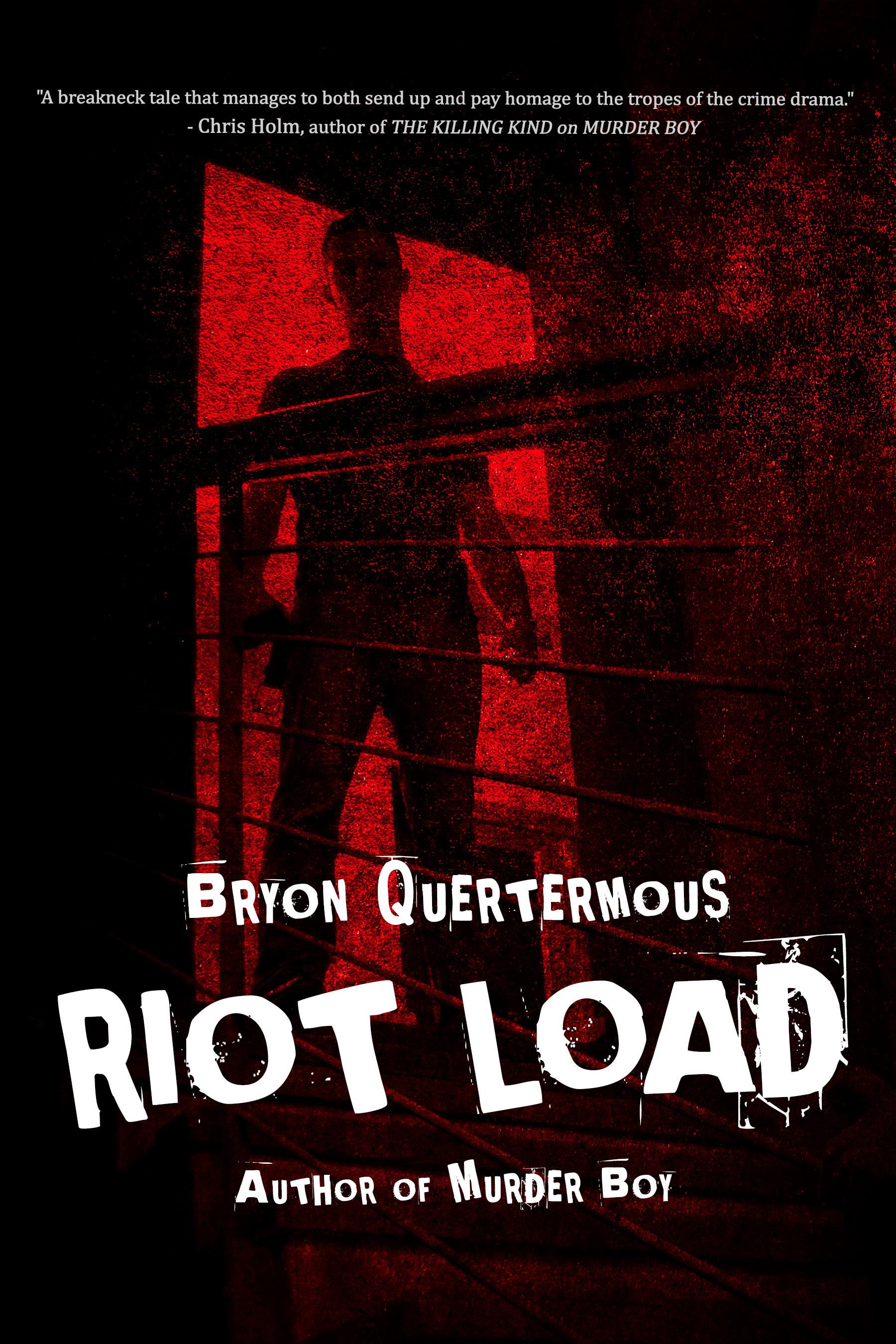 “Writing is hard!” may have been one of the best lines ever stated by someone in this industry. But when it comes to author Bryon Quertermous, the “hardhat” of writing comes hand-in-hand with that of being an editor for others.

Quertermous chatted with The BigThrill this month to share his advice on writing, his future thoughts regarding the cyberpunk genre, a writer’s take on the benefits of the “Golden Arches,” as well introduce new work that will definitely have suspense/thriller fans begging for more.

Being an author and an editor, you wear two very different hats. Can you describe how easy/difficult it is for you to step away from your own work when it’s completed and let another editor take over?

It’s not difficult because I know when I’m too close to a manuscript for my own editing instinct to be of any value. If I had the luxury of putting every manuscript away for a year and then looking at it with fresh eyes, I might be more inclined to only trust myself. I’ve been lucky to have an editor in Jason Pinter who is great and mostly pushes me to try harder on the stuff I want to be lazy about, and who provides a different POV from the reader and industry side that I usually find inspiring.

Can you please tell readers a bit about your new release, RIOT LOAD, and what to expect from the tale?

On the surface, RIOT LOAD is about a sperm bank robbery. Failed grad student, lazy writer, and all-around trouble magnet, Dominick Prince, is guilted into a scheme to steal the frozen sperm of a dead man that quickly blows up into a turf war between violent factions of a fading Michigan crime family. But it’s really about fatherhood and the weight of legacies we put on ourselves. It’s also about how to deal with the boredom and expectations of actually achieving a major life goal too early in life.

Say there was a time capsule being put together by writers. What advice would you put in for the future author who happens to find that treasure and dig it up?

The best writing advice is timeless. It also borders on absurdly common sense. But I would imagine a writer of the future would be even more bombarded by technology and technological and societal distractions than even we are now, so I would give two variations on the best writing advice. Read a lot and read widely, and keep your head down and write a lot. I don’t care what they’ve invented in the future, this is still the only way to get better as a writer.

Is there a particular genre in the literary world that you wish to “take a stab at” in the future?

Oh my, yes. I really want to write a cyberpunk novel that takes all of my interest in computers and social media and technology and mixes it with the base elements I love about crime fiction. I would also really love to write a romantic comedy.

I have three kids all under seven years of age, so I write when and where I can. I usually prefer my laptop though over any other computers and my main writing hangout is the local McDonalds where they have free WiFi (that I usually turn off using the wonderful FREEDOM program), and $1 large Diet Cokes with free refills. It doesn’t matter when or where I write though, I’ve just found that consistency is key with me. Things are great if I’m writing regularly and the story is always on my mind, but if I drift away from it for more than a couple of days, I find it VERY hard to get back into.

How do you feel about marketing and the challenge of getting the word out there regarding a new title? Is there a certain marketing plan that you go by that has proven to work for you? An author newsletter, perhaps?

On one hand I really like the marketing aspect of being a writer. It plays to my natural abilities and personality. But also hate the vagueness of figuring out what works. I tried a lot of things with my first book, some worked and some didn’t, but I’m not always sure which is which. I do know that online stuff is where my biggest strengths lie and where my best results have come from. I’m obsessive about keeping my website full of engaging and up-to-date content and just recently gave the entire site an overhaul. I’m only recently coming around to the benefits of an author newsletter. I’ve sent out a few and the most popular one so far was one that included the first completed page of the new book I’m working on.

Do you like writing short stories better than full-length novels? Do your ideas for plots come from any particular place, or do they just pop into mind say…while at the grocery store?

I used to love writing short stories but I haven’t done it in years. What I really love writing are short novels. Both of my published novels so far have been 60,000 words or less and I love that about them. I really would like to try writing some novellas. My ideas come from everywhere and are usually a mashup of two or three random thoughts that somehow come together to form a great idea.

As a football fan, I have to ask, what is the favorite team in your household? Have you ever thought of writing a sports story; or, when above favorite team loses, a sports murder tale?

We are a Detroit Lions household for better or worse. Once the Lions get booted out of the season though, we become a divided household. My wife turns into a Packers fan and I become a Patriots fan. I am also a massive college football fan, especially the University of Michigan. Go Blue! I would love to write a football tale someday and, in fact, the cyberpunk novel I mentioned earlier that I want to write has a large football component to it.

If you could choose one author/person to have lunch with, alive or dead (but they would be alive for lunch, of course) who would it be and why? Is there a specific question you would like to ask them?

I would love to hang out with Stephen King at a baseball game and talk about everything except writing.

It’s not a stretch to say that with the intellect and interest of Quartermous, and the craftsmanship of King, that would certainly be a “killer” game to attend! 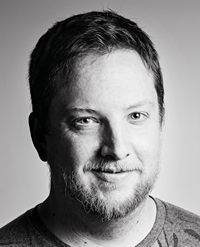 Bryon Quertermous is the author of the novels Murder Boy and the forthcoming Riot Load. His short stories have appeared in a number of journals of varying repute. He was shortlisted for the Debut Dagger Award from the UK Crime Writers Association. He lives somewhere between Ann Arbor and Detroit (metaphorically as well as physically) where he can be found screaming at the TV during football and baseball season and playing Ninja Turtles and My Little Pony with his kids the rest of the time.